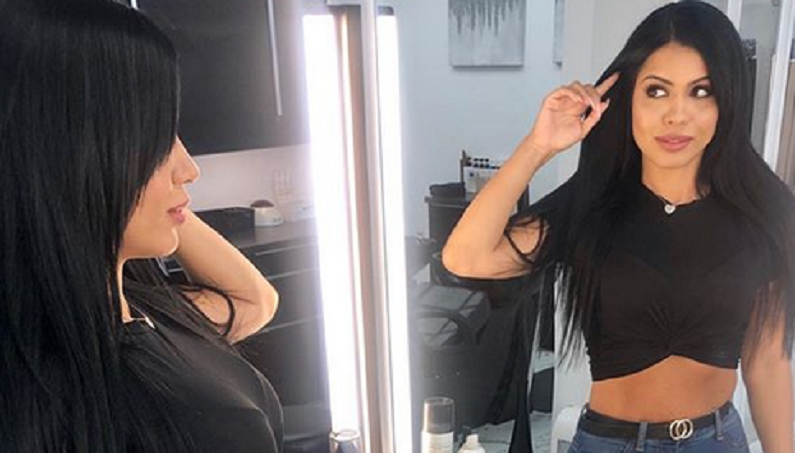 90 Day Fiance star Larissa Dos Santos Lima revealed the reason behind her split from Eric Nichols. It turns out there was a lack of intimacy. She returned to the franchise on the Sunday, June 14 premiere of Happily Ever After? In one scene, Larissa hangs out with her friends at the pool.

The women talked about boys. That’s when Larissa talked about her last relationship. Not only was she with Eric, but she was also married to Colt Johnson, who also appears on the show. After their divorce, she went on to date Eric Johnson. After their first date, they seemed to hit it off. So, what happened?

On the Sunday night episode, Larissa Dos Santos Lima talked to her friends about her ex Eric Nichols. She revealed there was a lack of intimacy, per In Touch Weekly. The 33-year-old compared to their relationship as “like two friends hanging out.”

The couple split back in September 2019 after eight months of dating. She also revealed that her ex-husband, Colt, was the opposite when it came to intimacy. Colt was also good at something else compared to Eric.

“I miss that Colt found me attractive to some degree,” Larissa explained. “Eric never complimented me. Never. Colt was always like, ‘you’re beautiful’ after I complain. But Eric, he don’t care.”

When Larissa last spoke to In Touch, she said that Eric was “bashful, but he knows he cannot keep his hands off me.” That sounds completely different from what she revealed on 90 Day Fiance. In addition to their lack of intimacy, Larissa revealed that Eric was cheaper than Colt. She said that she “had to pay for everything.”

However, Larissa and Eric are back together. In Touch previously reported in March that they reconciled their relationship.

On Episode 1 of Happily Ever After?, Colt revealed he moved on with a Brazilian woman named Jess. He confirmed that he’s “falling hard” for her. But he wants to take things slow because of how his last relationship went.

The 90 Day Fiance star shared even more updates on her life. The segment starts off by Larissa completing her community service after her third arrest for domestic violence. She admits that she’s worried about being deported not because of her multiple arrests, but because Colt canceled her affidavit support following their divorce, per Entertainment Tonight.

Larissa came to the United States on a K-1 visa, but that’s not the case anymore. Later on, in the episode, she had to ask her father for money since she’s running out. Her father eventually agreed to give her $5,000; however, viewers wanted to know how she paid for her plastic surgery. She looked different from the previous season.

The television personality did address her plastic surgery procedures. Larissa revealed she got a bigger butt and got work done on her cheekbones, chin, lips, and nose. She says she’s influenced by Las Vegas strippers.

Lifetime Announces ‘Switched Before Birth,’ Directed By Elisabeth Rohm
‘General Hospital’ Rumors: Is Hayden Barnes’ Returning To Port Charles?
Fans Think Nathan Bates & Esther Keyes Have A Secret: See Video
Who Will Be The Next ‘Bachelor’? One Contestant Reportedly Getting ‘The Bachelor’ Edit
‘Young And The Restless’ WAIT!! Rey Rosales And Chelsea Lawson Fall In Love?