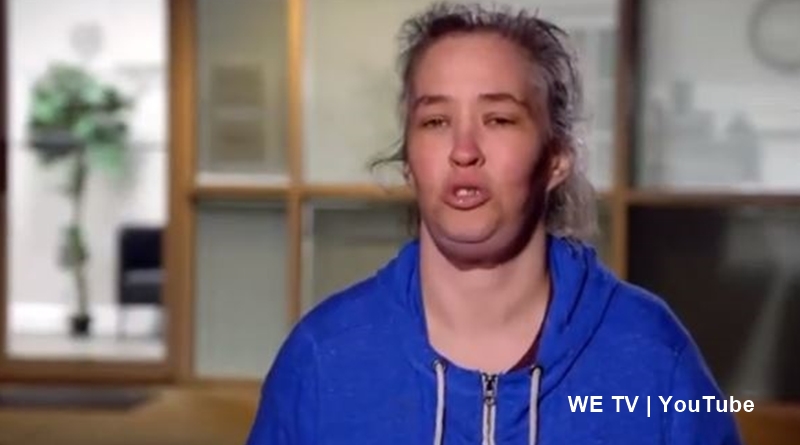 Mama June: Family Crisis aired Friday night and fans saw June meet up with Pumpkin. The producers and Dr. Ish also showed up. While with them, the pee test that fans saw her fumble during the teaser, went down. It came back positive for cocaine. June freaked out, denying she uses cocaine. But she later admitted her drug habit costs her about $2,500 daily. One good thing is she wasn’t pregnant like some people assumed.

Mama June sold the house to fund her drug habit

Fans long suspected that when June sold the house and took off in an RV with Geno, it related to drugs. Fans saw the daughters react to that in the current season of the show. But, TMZ broke the news in real life back in October last year. The outlet kept up with June during the months before the current Family Crisis season aired. They reported her in casinos, looking worse for wear. At one stage, she started selling and pawning her personal possessions. And, a big drama came when she couldn’t pay everything on the bill for a residential hotel.

Mama June took a cocaine test when she met in the production office. When it came back as positive, June wailed and cried, denied using the drug. Instead, she said she took over-the-counter cough medicines, Benadryl, and others like aspirin. On Twitter, fans wondered if she took all of those when she couldn’t get meth. In fact, she said she’d take the test “five times” if necessary. The outcome meant that June agreed to a stint in rehab, which fans think rather long overdue. But she admitted her drugs cost her so much, she sold the house to fund her lifestyle.

Fan appalled by June on the Family Crisis episode

Of course, fans always hated on Geno Doak and blamed him for her downfall. But really, other fans think he just enabled Mama June. Unsurprisingly, June immediately defended Geno. Fans seemed totally appalled at how drugs turned her into a raggedy old woman. One fan wrote, “OMG, what happened to #MamaJune ?? Not a huge fan of this show… but the last time I watched it… Mama June was gorgeous & looked like a million box! Now she looks like a crack wh*re. WTF? Is this for real? I don’t get it! How can you go from here to there? Wow! Sad! Very Sad!”

ET reported that June told Pumpkin, “The only reason I sold the house, I was dead f**king broke.” She justified it as only a bit, like a “couple ounces a day.” But the price of it equated to about 25 grams daily. June told Pumpkin she used drugs before. But fans also suspected that in the previous season. Recall, June ate like it was her last meal and struggled with her weight. Some people thought she previously traded a food addiction for drug addiction. When Mama June started putting the pounds back on, some fans assumed she used meth and cocaine to help keep her weight down.

Are you shocked at the amount of cash June spent on her drug habit? Did you suspect last season that she already used drugs and her arrest for possession was no surprise? Sound off in the comments below.