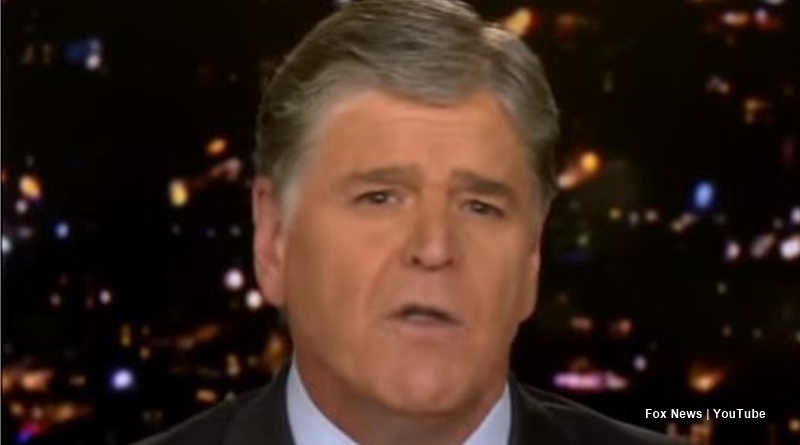 Sean Hannity’s got a massive following and very often outranks other shows on cable. Mind you, on occasion reality TV shows outrank him. One rare example was when Mama June Family Crisis took a slot above him on May 15. With massive popularity on Fox News, naturally, people became interested when rumors arose that he and Ainsley Earhardt are reportedly dating.

Vanity Fair broke the news that Sean and Ainsley arrived via helicopter together at the wedding of Peter Hegseth and Jennifer Rauchet. The outlet described the reaction of the guests to the couple as “the first couple of Fox News.”

A couple of the staffers told the outlet that Sean and Ainsley dating is pretty much an open secret. But, the outlet noted that Sean responded to the rumors by saying that he won’t discuss his “personal life in public.”

Meanwhile, Ainsley denied anything between them. Via a statement, she said that her main aim involves “raising [her] daughter.”‘ She also said that she’s “not dating anyone.” Ainsley really likes Sean a lot, as evidenced when she said, “Sean is a wonderful person and whomever he chooses to date will be extremely fortunate.” But, if he chooses to date, why not? After all, Page Six reported that Sean Hannity and his wife Jill divorced “over a year ago.” But, they kept it “under wraps.”

Dating for years says a source

People reported that they spoke to a source that seemingly backs up Vanity Fair‘s sources. They reported on June 11, that Ainsley and Sean have been dating “for years.” Allegedly, they spend secret time together for way more than just a few weeks or months. “He’s very private, because he’s very famous and he’s very controversial,” their source said. Apparently, they got together for a while now, meeting in a pub near Fox. And, it’s quite possible they’ve been dating for a long time.

The outlet reminds readers that things went wrong between Jill and Sean Hannity a long time back. However, they won’t dish too much as they said in a statement, that they hope to protect the kids from public scrutiny. Interestingly, Ainsley Earhardt also got divorced. She got her divorce from Will Proctor finalized last year.

Twitter reacts to the news that the couple dated for ages

Sean’s got loads of fans who love him. Conversely, he attracts the hate of millions of non-Trump supporters. So, diverse opinions on the news that they date emerged. One fan wrote, “I was shocked to learn that Hannity was divorced but, yes, it’s true! Heard him talk about it on a show as was quite surprised myself! Anyway, I wish him luck…..especially with Ainsley! LIFE’S TOO SHORT RIGHT??”

But those who don’t like Sean Hannity for his political stance disagreed. One critic wrote, “Fox News hosts Sean Hannity and Ainsley Earhardt are dating'”…SCUM OF THE EARTH.”‘

What do you think about sources revealing that Sean and Ainsley dated for years? Sound off in the comments below.