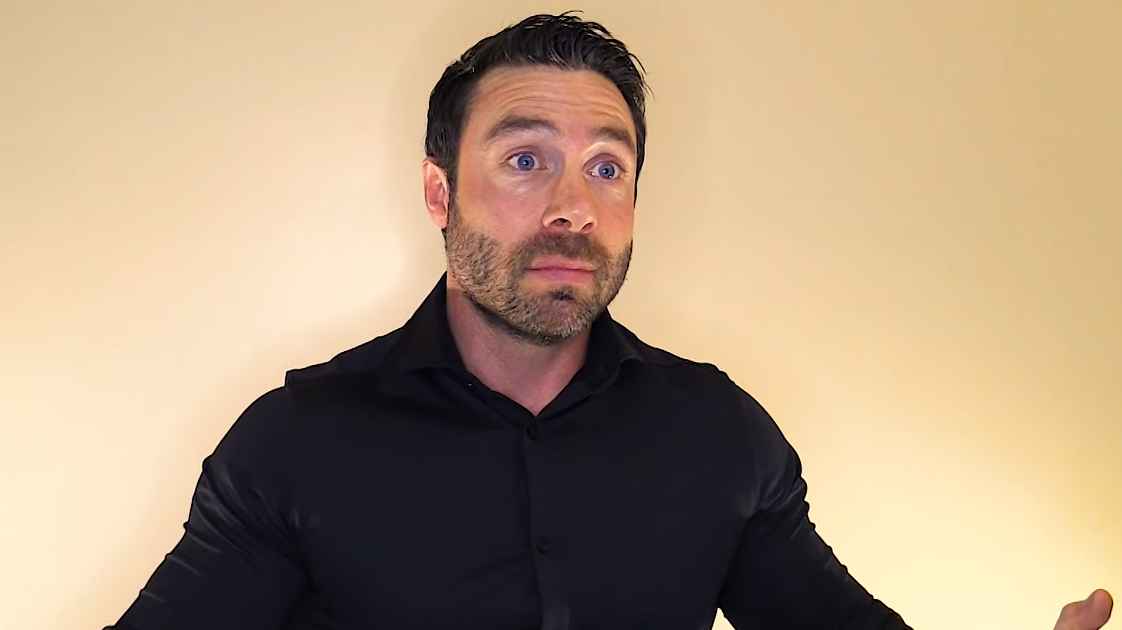 During the latest season of 90 Day Fiancé: Before the 90 Days, the story of Geoffrey Paschel and his criminal past came up. He did jail time on drug-related charges. Since then, Geoffrey and Varya were both conspicuously absent from last week’s tell-all. Rumors started swirling, saying Paschel has used his children as drug mules. The TLC star has now addressed these rumors and also death threats received on social media.

90 Day Fiancé: Before The 90 Days star Geoffrey speaks up about rumors

As reported by The Blast, Geoffrey Paschel has opened up for the first time since the rumors started doing the rounds. These were related to his absence from the tell-all. First, he makes a post to Instagram, dramatically titled, “Episode 2: The Allegations.” Geoffrey’s sub-title reads “Part 1 Drug Mules.”

** VIDEO NOW UP ON YOUTUBE ** People want me to own my past… Ok, I will. I will completely accept my past and what I’ve actually done but what I won't accept is a "past” a group of people have created to fit their own agenda or the biased, sensationalized past created by sites and pages for their own personal profit and clicks. There is nothing worse for children than a toxic relationship between their parents. When that is coupled with false allegations, there will be no winner, just victims. I will not sit back and allow my children to be victims. I will stand up and fight to the end. This is just the beginning… YouTube link in linktree in bio. . . . . . . #geoffreypaschel #90dayfiance #90DF #Beforethe90days #90dayfiancebeforethe90days #TLC #reality #tv #show #truth #honesty #custody #tellall #truthbetold #custody #children #parents #coparenting #love #relationships #believe #gossip #blogs #lies #allegations #thewholestory

As a loving father, Geoffrey is obviously shocked at the rumors that are doing the rounds. The 90 Day Fiancé star writes in his Instagram post that people want him to own his past. He says, “Ok, I will.” Paschel goes on to say he will completely accept his past and what he has done.

However, he won’t accept a “past” people have created to fit their own agenda. Geoffrey also isn’t prepared to accept the “biased, sensationalized past created by sites and pages.” He says these are being made for their own “personal profit and clicks.”

The TLC reality star goes on to write there is “nothing worse for children than a toxic relationship between their parents.” Geoffrey says when this is coupled with false allegations, there can be no winner, only victims. Paschel says he will not sit back and allow his children to become victims. Geoffrey says he will “stand up and fight to the end.” He stresses this is just the beginning.

The 90 Day Fiancé star is asked why he has been silent about this for so long. He says it has been difficult, he is ready to tell everything that happened.

However, he has been told to keep quiet and not say anything. People told the Knoxville resident to ignore it and not respond. Geoffrey says he cannot keep quiet any longer as it is not good for his mental health.

According to Geoffrey, the hate he has received from trolls is intense. Among the accusations made by the keyboard warriors, some say he is a child killer. He has also received death threats. Paschel says these negative stories affect him personally, but also his children and his mental health.

The TLC reality star also speaks about accusations made by his ex-wife in court documents. He denies all the accusations, especially relating using his children as “covers” or “drug mules.”

Readers can hear a detailed timeline of his various arrests and other accusations in the YouTube video included below.

Read on to find out the actual reason why Geoffrey and Varya were absent from the 90 Day Fiancé: Before the 90 Days tell-all.

While the latest season of Before the 90 Days is over, fans can watch the spinoff, 90 Day Fiancé: The Other Way on Mondays at 9 pm ET/PT on TLC.