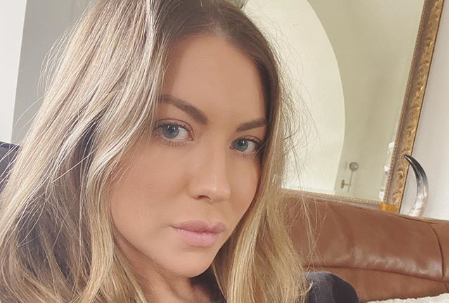 So much happened during the Vanderpump Rules reunion with Stassi Schroeder, James Kennedy and the whole crew. Fans were watching with their mouths open. Secret hook-ups were revealed, and insults were thrown around. There were some apologies given, but drama was the name of the game during the first two parts of the reunion.

Lala apologized to Scheana and said she needed to do better. She was emotional and clearly remorseful. Stassi leaned over to Beau Clark and said, “I think Lala might be bipolar.” Fans expressed their disappointmentsta and anger. One said, “hey @stassi calling Lala bipolar isn’t cool. Bipolar disorder is a real disorder that many people, including myself, struggle with. “To throw out an accusation so casually diminishes the disorder and it isn’t cool. Reflect on that along with your ignorant beliefs.”

Max Boyens Hadn’t Revealed All Yet

In part one of the reunion Stassi Schroeder was shook when it came out that Max Boyens had slept with Kristen. She lost her mind and compared it to Jax’s betrayal with Kristen from Season 1. She reasoned Danya Kathan, who Max dated, was a friend.

In part two Max Boyens admitted to hooking up with ex-girlfriend Scheana briefly while with Danya. The two hooked up in Palm Springs while filming. This upset Danya and the two were not skimpy on the details. Max said he stopped her before Scheana went too far.

Scheana said, “there were a lot of things I did last year that I was embarrassed by. But Max was someone that I was very comfortable with, and he slept in my bed, we cuddled. I, yeah, felt something that yeah, I put my mouth … whatever. Whatever. It meant nothing.”

Stassi Schroeder, Katie Maloney, And Kristen Doute Talk About Their Falling Out

Stassi Schroder and the girls hashed out the Witches of Weho breakdown some more according to US Weekly. Kristen said she felt abandoned and was ready to just leave everyone behind. Stassi and Katie said she made them look like a**holes because she wanted help with Carter and then would act totally different on camera.

Katie said, “you aggressively defended him to us, and then acted like we were crazy. And that was when our friendship, and my trust in you, started deteriorating.”

James Kennedy Talked About His Sobriety

After Andy Cohen brought up Lala Kent’s drama with 50 Cent and the shade James Kennedy gave he over it, James apologized. Celebrating eleven months sober, he said Rachel Leviss helped him get there. He said, “this girl right here saved my life, and I love her so, so much.”

Scheana suggested James apologize to Kristen who didn’t get emotional over his journey. He didn’t and said they’d moved on from it. Lala defended him and said you can’t hold him accountable for things he did drinking. The third and final part of the reunion airs Tuesday June 16th. Fans can’t wait to see if anything else will be revealed about the most recent season.

Mama June Reacts: Rumors She’s Sleeping Around, Relationship Status
‘The Witcher’: Netflix Will Not Renew For Season 3 Without Accomplishing Milestone
Wait What? Tahzjuan Hawkins Shares Group Text With Tre And Uncle
Jessica Batten Of ‘Love Is Blind’ Gets Happily Ever After
Lauryn ‘Pumpkin’ Efird‘s Daughter Ella Gets Cut For The First Time