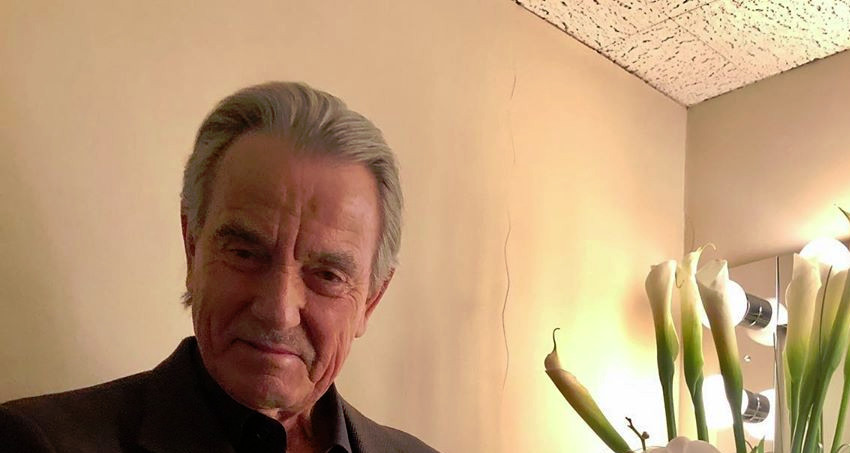 The Young and The Restless is one of the three soap operas airing classic episodes after running out of new ones. General Hospital and The Bold and The Beautiful are in the same boat. NBC’s Days of Our Lives has episodes in the can through October, thanks to filming six months in advance.

The classic episodes are giving fans nostalgia for their old favorites. YR fans are lucky because one of the most iconic characters, Victor Newman, is still a huge part of the show. The actor recently opened up about why the head honchos need to stop trying to “reinvent the wheel.”

He also reveals what needs to happen before he will return to the soap after the coronavirus pandemic.

The soap icon has been a mainstay on The Young And The Restless for 40 years now. As a result, he knows what works and what doesn’t.  Soap Opera Digest recently chatted with the actor to get his thoughts on how YR can remain the highest-rated soap.

To answer the question, Eric invokes YR creator, Bill Bell. Often considered the best storyteller in soap history, Eric says that Bill never allowed outside forces to interfere. Because of that, he says, “the results were wonderful.”

Eric credits the creator as the “driving force” behind YR’s “greatest [onscreen] conflict.” The Newmans versus the Abbotts. However, the star implies that newer writers have forgotten the titans of YR.

The soap star encourages writers not to ignore or forget the main conflict. “Don’t try to reinvent the wheel,” he cautions.

Which Alum Would He Like to See Return to Genoa City?

Like fans, Eric is watching the classic Y&R episodes while stuck at home. Soap Digest asks him which of his co-stars he’d like to see more of on the show. He echoes many fans with his answers: Doug Davidson (Paul Williams) and Daniel Goddard (ex-Cane.)

Doug Davidson is still occasionally on YR, but fans clamor for more Paul.

Eric says exactly what fans are thinking: “These people have spent decades to become fan favorites and suddenly you’re replaced with someone else that no one cares about? Come on.”

Actor Reveals How YR Must Adjust When Filming Resumes

California recently gave the television industry the okay to resume production this week. However, Eric believes some safety precautions must be taken first. He says that the crew and the people in the booth must wear masks. Further, one employee should be tasked with disinfecting the set.

If these provisions are met, he is more than willing to return to work.

He recently shared a photo of the before-and-after his first haircut in months. Fans were shocked by his unruly hair. However, one fan responded to the picture by saying they couldn’t wait for the actor to “return to the air.”

Can’t wait to see you back on the air ❤️ pic.twitter.com/XnghwMtrw0

Soaps may look very different when they do eventually return to the air. Check back with us for updates on when your favorite soaps will resume airing new episodes.

Meanwhile, be sure to catch The Young and The Restless classic episodes weekdays on CBS.