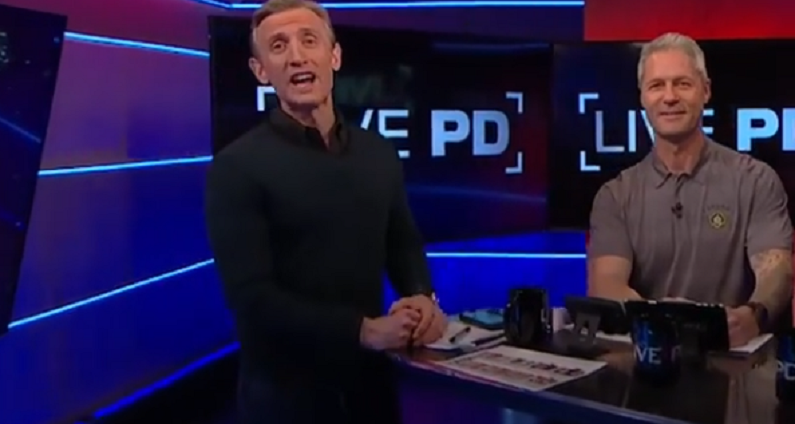 Live PD is making headlines once again. Fans want to know when the show will return. Last week, A&E announced that it would not air two new episodes of Live PD in respect to George Floyd’s death. The 46-year-old man died after a Minneapolis police officer held his knee on Floyd’s neck for nearly nine minutes. This led to nationwide protests against police brutality and racial injustice.

The future of Live PD doesn’t look good. It looks like its break is indefinite. However, host Dan Abrams said that the show is “coming back,” but it will be a matter of time. He took to social media to reassure Live PD Nation that the cable network is “not abandoning you.”

A&E made the decision to stop airing new episodes of Live PD on Friday and Saturday nights. The true-crime series follows on-duty police officers across the country. But the network stopped airing the show in wake of George Floyd’s death.

Floyd’s death led to massive protests across the world. Similarly, Paramount Network initially pulled Cops from the air and then cancelled the series altogether. Live PD host Dan Abrams teased the show’s return on Twitter on Tuesday, June 9. He promises that the show will return sometime in the future, per Fox News.

“To all of you asking whether #LivePD [is] coming back… The answer is yes,” Abrams tweeted. “All of us associated with the show are as committed to it as ever.”

To all of you asking whether #LivePD coming back. . .The answer is yes. All of us associated with the show are as committed to it as ever. We are still discussing some specifics but I want to assure the #LivePDNation that we are not abandoning you.

However, there is no premiere date for the new episodes. There are also no details as to how the show will move forward amid the civil unrest.

The 54-year-old host added, “We are still discussing some specifics but I want to assure the #LivePDNation that we are not abandoning you.”

Both Cops and Live PD faced backlash for their questionable behind-the-scenes behavior. Additionally, Live PD made headlines for destroying footage of a black man who died in police custody.

Live PD representatives admitted they destroyed the footage of a black man dying in the hands of police. Javier Ambler II was a 40-year-old postal worker from Austin, Texas. Per Newsweek, he died in March 2019 in police custody during an arrest in Williamson County. Ambler drove home after a poker game with friends. Police chased him because his headlights were dim.

Bodycam footage from sheriff’s deputies and the Austin Police Department showed the man repeatedly saying, “I can’t breathe” as officers forcibly restrained him. They also deployed tasers on him four times as he said, “save me.” He’s also heard saying that he has “congestive heart failure” and becomes unresponsive on the scene.

Live PD camera crews recorded the entire incident. However, representatives for the series revealed the footage was destroyed and they can’t provide it to the Austin investigators. Abrams took to Twitter to slam Travis County District Attorney Margaret Moore for never releasing the footage. He also said that the recent headlines about the show have been “a journalistic disaster.”

.@statesman should really focus on the death of Javier Ambler and on the fact that DA @ElectMargaret (note the twitter handle) is suddenly focused on this now even though she had the body cam footage for over a year? Their reporting on #LivePd has been a journalistic disaster. https://t.co/qLcyeE8lnS

In addition, A&E Network released a statement to CBS Austin, stating they no longer have the footage. They also claimed that no one asked them for it. It’s unclear why the footage was destroyed in the first place.

“Immediately after the incident, the Austin Police Department conducted an investigation using the body cam footage they had from the officers. Contrary to many incorrect reports, neither A&E nor the producers of Live PD were asked for the footage or an interview by investigators from law enforcement or the District Attorney’s office. As is the case with all footage taken by Live PD producers, we no longer retained the unaired footage after learning that the investigation had concluded.”

Meanwhile, there are calls for Live PD’s cancellation as Ambler’s story continues to trend on Twitter. Most people argue that it glorifies violent police practices.

Good riddance.@AETV should also do the right thing and cancel @OfficialLivePD. It is exploitative of those unwillingly filmed and broadcast, and it contributes to the glorification of overly aggressive and violent police tactics. Needs to end.https://t.co/NLNXuMHn1H

What are your thoughts? Do you think Live PD should return? Or, do you think it’s inappropriate? Sound off below in the comment section.