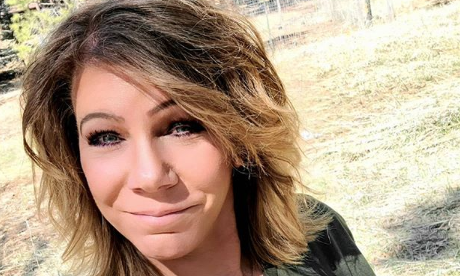 Where is Meri Brown right now? It’s a question a lot of Sister Wives fans are asking.

It was five days ago that Meri Brown got candid on Instagram. She had had enough of the constant trolling. She was over her followers telling her what to do and how to live. Meri Brown was a grown woman. She could make decisions for herself.

Meri Brown, however, has been unusually silent since then.

Where is Meri Brown? Some Sister Wives fans are concerned

It has been nearly a week since Meri Brown posted on Instagram. Now, it is not that unusual for the Sister Wives star to only publish on Instagram once a week. Moreover, we have no real reason to think she’s actually a missing person at this point. But, it isn’t the lack of social media activity that has her followers concerned. It is the content of the posts that has fans talking.

According to The Hollywood Gossip, Meri Brown had a habit of tagging her location in her Instagram posts. It made it very easy for her followers to keep tabs on her. Things, however, are a little amiss. Meri is not tagging her locations anymore. Is there a reason why? Fans can’t help but wonder if she doesn’t want her followers to know where she is.

Meri finally leaving Kody Brown remains a hot topic among Sister Wives fans. The Hollywood Gossip doubles down on the fact that fans have been pushing Meri to leave her husband for several months.

“Wouldn’t it be amazing if she at last took this advice and just disappeared for awhile?” The outlet speculates regarding her social media silence.

Flagstaff may not be their forever home after all

Fans do not believe the decision to move to Flagstaff was a wise one. The family called Las Vegas home for a few years. They had a nice set-up. All their children seemed to be thriving. Moving back to Flagstaff seemed rushed and sudden. In fact, they didn’t even sell their property in Las Vegas before moving. This, naturally, locked up a lot of their finances.

Moving to Flagstaff created a lot of tension and drama within the family. And now? Rumors are swirling the move is not going to stick. Will the Brown family leave Flagstaff? Are they running out of money? Moreover, there are rumors the city of Flagstaff was not very happy to have the Brown family.

That's me. A dreamer. Focused on my goals. And I have a lot of them. Personal, business, relationships, I have them in all areas of my life. Some days I don't hit my daily goals. Some days I'm so productive I exceed them by leaps and bounds. And it's all up to ME. I'm the one who has my dreams. I'm the one who makes my goals. I'm the one who follows through with them. Or doesn't. That's all on me. And the goals that include someone else? Whether with my business associates or in my personal life, I can't force anyone to be who they're not, feel how they don't feel, or meet me anywhere they're not willing or able to meet me. And that's ok. I'll be here for them when they are. I can only control me and how I respond or react to any given situation. I make my own choices and I'm responsible for them. They say life is 10% what happens to you and 90% how you react to it. My reactions aren't always the best, and that doesn't define me. But I'm still in the game. I haven't quit. Living life on a daily basis, working hard, dreaming big. Because that's what I do. That's what I'll always do. That's who I am. 💪💪💪 #LivingMyWhy #BecauseICan #LoveWhatIDo #LoveWhoIAm #StrongWoman #Dreamer #Fighter #TheGreatOutdoors #Nature #LuLaRoeLiv

So, some fans wonder if Meri is purposely withholding her location in her Instagram posts. Could the Brown family be moving? Sister Wives fans may have to wait for the new season to see if Flagstaff is their forever home.