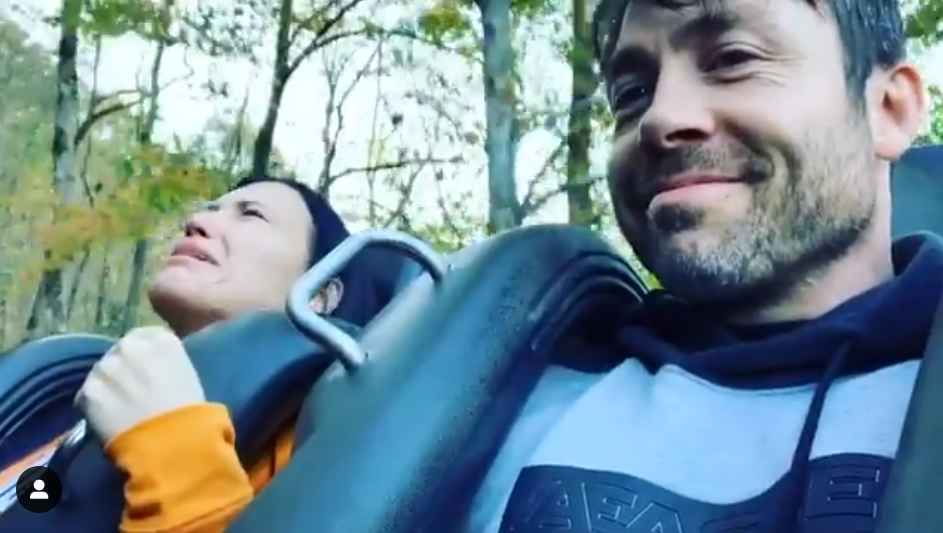 The relationship between Varya Malina and Geoffrey Paschel has been a true rollercoaster ride. On this season of 90 Day Fiancé: Beyond the 90 Days, they have clearly had their ups and downs. However, it turns out it also has its fun moments. Varya was able to stay in Knoxville, Tennessee for two weeks following his second proposal to the TLC reality star. After the shock of her arrival, Geoffrey decides to take it upon himself to show Varya everything he could in this short amount of time.

Varya has always hinted at how adventurous she is. This is especially so in a recent YouTube video where she answers fans’ questions. Geoffrey decides to test how adventurous she really is. As reported by The Blast, Paschel says she also wanted to secretly show Varya that “city life” is not everything it’s cracked up to be.

Geoffrey takes Varya to Dollywood, where the couple rides on the rollercoaster. Going to prove his suspicions, Varya screams through most of the rollercoaster ride. At one stage, she looks at the camera and says, “I don’t want to die!” Varya says, “Please tell my mom I love her.” Shortly after this, the rollercoaster starts its downhill run and Malina says “Nyet” repeatedly for some time.

When she finally stops screaming, she passes out. Geoffrey points out that he thinks нет (nyet) means “no” in Russian.” It does indeed!

The start of this season of 90 Day Fiancé: Beyond the 90 Days, Geoffrey travels to Russia to meet Varya. His stay there gets a little rocky, especially when he admits he has a prison record related to drugs. Despite this, Paschel’s trip ends with him proposing marriage to Varya. However, he does so in the way of an ultimatum. After the shock of the prison story, Varya doesn’t want to rush into anything so she says no. Geoffrey took this hard and left Russia, and Varya behind.

Deciding he was well and truly done with Varya, Geoffrey returns home to Knoxville, Tennessee. On arrival, he takes up with a long-time friend, Mary. In the meantime, Varya is feeling bad and sends Geoffrey texts, asking him for a second chance. He either doesn’t read them or just ignores them.

Varya decides to jump on a plane and surprise Geoffrey at his home. She wants to win back her man. Only one problem, as she arrives at his door, she sees Mary standing behind Geoffrey. The two women got into a loud argument and Mary ended up leaving Geoffrey’s home.

To cut the story short, Geoffrey eventually decides he wants to be with Varya and proposes to her for a second time. This time she accepts his proposal and as far as we know, they are still together. Rumors are, however, that since that time, Geoffrey may have gone back to Mary.

Maybe fans will learn more about the journey of Geoffrey and Varya on the upcoming 90 Day Fiancé: Before the 90 Days Tell All. Part one airs on TLC on Sunday, June 7 at 8 pm ET/PT. Part two will air on TLC on Monday, June 8 at 8 pm ET/PT.