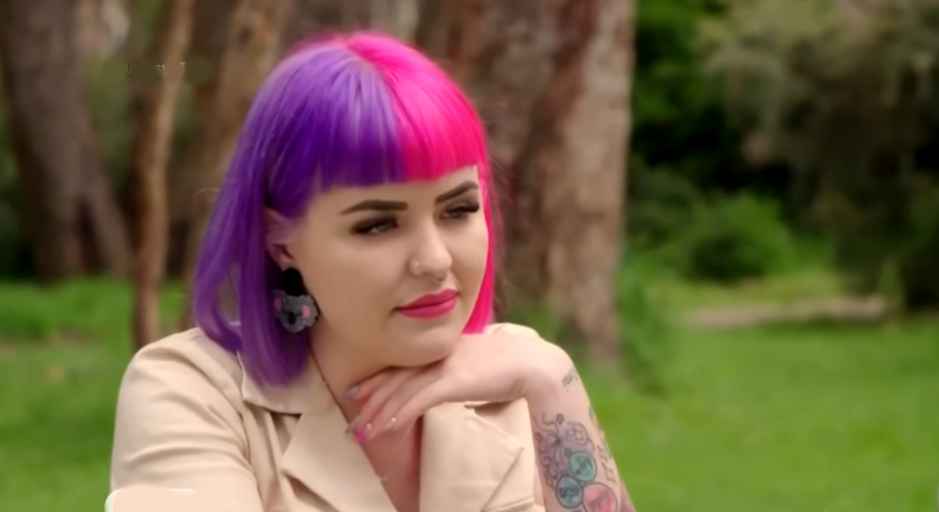 Erika Owens, 24, and Stephanie Matto, 29, were among the most colorful cast members on 90 Day Fiancé: Before the 90 Days. Now that the season is over and Erika and Stephanie’s relationship is done, Erika opens up about the turbulent relationship they shared.

Erika and Stephanie made a little history through their participation in the latest season of 90 Day Fiancé: Before the 90 Days. The ladies were the first LGBTQ couple to feature on the TLC reality show. Erika lives in Australia, while Stephanie is a YouTuber from Yonkers, New York. They had connected online before Stephanie made up her mind to visit the photographer in Australia.

The relationship between Erika and Stephanie felt awkward right from the start. Despite making the huge step of traveling to Australia to meet Erika, Stephanie seemed hesitant to show any intimacy or affection.

Erika’s fans have become skeptical over Stephanie. They believe Stephanie only went on the show for fame and to further her online career. Many accused her of not truly being bisexual. With part one of the 90 Day Fiancé: Before the 90 Days Tell All set to air on Sunday, June 7, ET exclusively interviewed Erika about the accusations.

Erika says she can only honestly speak for her own experience and who she is. She points out that sexuality is a “very personal thing.” Erika says sometimes you have to spend time exploring yourself to figure it out. She says “it sucks” that at some points during the show, the figuring out of things was at her expense. Despite that, Erika says she isn’t going to sit there and say Stephanie is “something or she isn’t,” as that is her own “personal journey.”

Speaking of online criticism, Erika says it isn’t fair for fans to say that about a stranger. Also, it is unfair to make any kind of judgment in the first place. She says people can naturally have their own doubts, but this is Stephanie’s journey. It is no one’s place to publicly go after her about her sexuality.

Following the crazy, online breakup between Erika and Stephanie, Erika is still single. The final breakup was the culmination of many arguments between the two women. On arrival in Australia, Stephanie turns out to be far more conservative than she had portrayed herself before their meeting.

During the show, Erika came out to her parents, who welcome Stephanie with open arms. However, all along Stephanie was hesitant about telling her mother she is bisexual. This was one of the major things that led to their split.

Erika has since said on camera that if she had known how Stephanie would react to her lifestyle, this wouldn’t have happened. She says she would have told Stephanie, “Don’t worry about coming.” Owens says this is how she lives her life. She loves to travel a lot and does plenty of things regular people might not do. It turned out Stephanie wasn’t happy with a number of these things.

‘When the good times were good’

Erika goes on to explain that she and Stephanie didn’t sleep in the same room for more than four nights throughout the visit. She said the times they had together, she was “taken aback” by the way Stephanie reacted to things. She says, “when the good times were good” they had a lot of fun. However, there weren’t many of those good times.

According to Owens, the long-distance part of the relationship had nothing to do with their breakup. She says it was Stephanie’s insecurity issues and jealousy that caused the split. This was especially so when Erika took her girlfriend to a party, where Stephanie finds out she has hooked up with some of her friends in the past. This led to a public and raucous fight between the pair which ended with Stephanie storming out of the party.

According to Erika, those past relationships shouldn’t cause any concern for Stephanie. They are in the past. Meanwhile, the fight at that house party with all her friends watching was among the lowest points for Erika on the show.

All along, Erika wants Stephanie to come out to her mother, while she is reluctant to do so. The fight at the party happened soon after Erika opened up to Stephanie about a long-term relationship. Erika explained that she had been kept a secret during that relationship and that she didn’t want to go through that again.

For her part, Stephanie was shocked that Erika had hidden that long-term relationship from her. How many more secrets does she have?

Eventually, of course, Stephanie did come out to her mother and while the latter was sad, she stands by her daughter. The fact that both parties came out to their parents as bisexuals was a good start in both their lives. Erika received plenty of messages, praising her for coming out and being honest with her family.

Fans are looking forward to the 90 Day Fiancé: Before the 90 Days Tell All. According to Erika, fans will be in for “a wild ride” during the tell-all, as it relates to her and Stephanie. She tells fans it is “pretty crazy” and they will definitely be shocked.

Watch the full interview with Stephanie in the video on ET’s website.