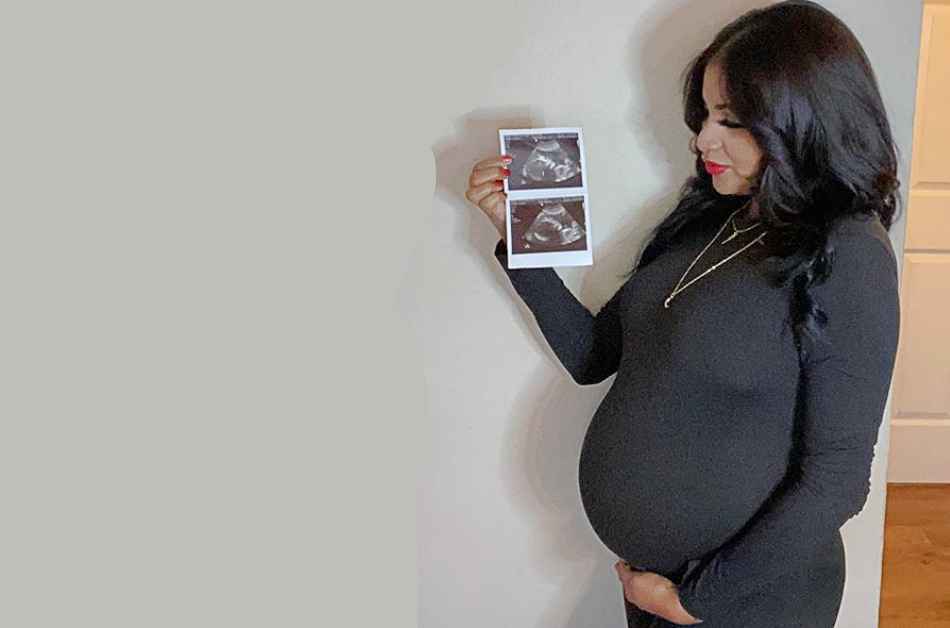 90 Day Fiancé stars Anny and Robert are expecting their first child together. On Tuesday, June 2, Anny took to Instagram Stories to give a Q&A update of her pregnancy. The excited expectant mom says her baby girl is set to arrive in summer 2020. In fact, the due date is in August this year. She also revealed a new image of her baby bump.

Previously, Anny had given her due date as being in July. As noted by In Touch, Anny hosted a Q&A on Instagram Stories on June 2. A fan asked her if she knew when the baby was coming. Anny says the due date is now in August 2020. Anny accompanies the Q&A with a beautiful image of her baby bump, saying it is “so exciting.”

The 90 Day Fiancé star was full of smiles as she shared a series of maternity images with her fans while catching them up on the baby news.

Happy Mother’s Day all u queen 👑 my 1 celebrating 🥰😍I want a lot 💖70% #pregnant #happymothersday #myprincess👑 #90dayfiance.

Anny and Robert’s baby will be bilingual

Anny also told fans she plans to teach her baby girl Spanish, while Robert will handle the English side of things. Learning languages from infancy is thought to be the best and easiest way to go, as babies’ young minds are like little sponges.

In the Q&A, the TLC reality star also opens up about moving to the United States with Robert from her home in the Dominican Republic. Anny says everything went smoothly, with no obstacles. She says you just have to follow the rules and everything is there for you.

It was back in April that Anny and Robert announced they are expecting their first child together. At that time, Anny says she feels so “happy and fortunate” to share the news about her baby, her “gift from God.”

I feel so happy and fortunate to share the arrival of my baby – “my gift from God.” The baby has not been born yet, and it’s the most beautiful feeling that I have ever felt. It fills me with joy to know that I’ll have someone to fight for and give the best of myself to. I wait for him or her with lots of emotion.😍🥰🥰😘😘😘🥰🥰🥰. #90dayfiance #whatnow #pillowtalk Me siento muy feliz y afortunada de compartir la llegada de mi bebe “mi regalo De Dios “ todavía nos has nacido y es la sensacion más bonita que eh sentido me has llenado de alegría saber que tendré a alguien por quien luchar y dar lo mejor de mi.te espero con mucha emoción

Anny says even though the baby is not yet born, it is the most “beautiful feeling” she has ever experienced. She gushes that it fills her with joy to know she will have someone to fight for and give the best of herself to. The TLC reality star says she waits for her with “lots of emotion.”

Robert is equally thrilled over their upcoming baby girl, even though he already has five children of his own. He shares these children with four different women. The 90 Day Fiancé: Self-Quarantined star recently got custody of his youngest son, Bryson. Anny has gone on to form a very special bond with the little boy.

: “I’m so happy to know that I’ll be having a princess! Knowing how it feels to be a mother is such a beautiful sentiment. I’m so full of love for my baby. You haven’t been born yet and I think of you every second, I love you”. #mamahappy #mibendicion #90dayfiance #pregnant ❤️ estoy tan feliz de saber voy a tener una princesa saber como se siente ser madre es un sentimiento tan lindo estoy tan llena de amor por mi bebe . Todavía no has nacido y te pienso cada segundo te amo 😍

When Anny posted a sweet gender reveal on Instagram on May 7, she included an image of herself, Robert and Bryson. She captioned the image, saying she is happy to know she will be having a princess.  She says the feeling of being a mother is a “beautiful sentiment,” adding she is “so full of love” for her baby.

What can fans expect next from the TLC reality series? Starting Monday, June 8, fans can catch Season 2 of 90 Day Fiancé: The Other Way at 9 pm ET/PT.