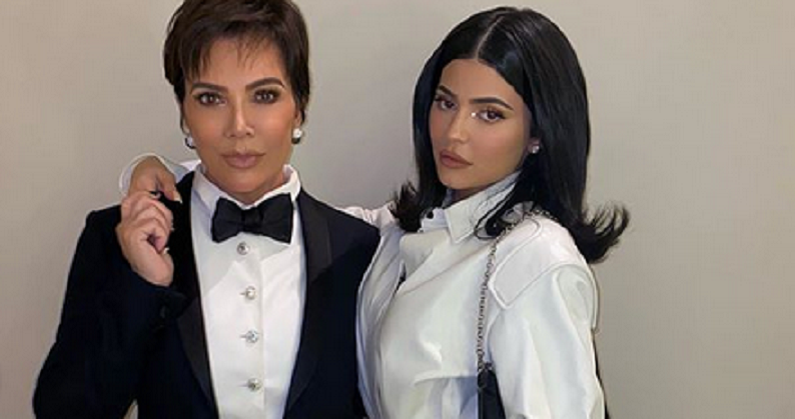 Kylie Jenner is reportedly upset with her mom Kris Jenner. She refuses to take her calls. This comes amid Forbes’ new claims that she lied about being a billionaire. Forbes published a new report on Friday, May 28 titled, “Inside Kylie Jenner’s Web of Lies – And Why She’s No Longer a Billionaire.” The articled claimed that Kylie’s company, Kylie Cosmetics, inflated “the size and success of her business for years” and said that she provided “tax returns that were likely forged.”

Kylie hasn’t taken these claims sitting down. She addressed the report in a series of tweets just hours after the article was published. However, the rest of the Kardashian-Jenner clan hasn’t said anything. Last month, fans wondered if the family is as rich as they claim. Now, a new report from The Sun says that Kylie is furious with her mom and has no interest in speaking with her.

Per The Sun, Kylie Jenner refuses to take the momager’s calls after the Forbes report. Tensions are “at an all-time high” since that Friday morning report. The 22-year-old entrepreneur refuses to speak to Kris Jenner.

“Kris – who reportedly gets ten percent of Kylie’s deals – in panic mode,” the insider said. “Kylie won’t answer the phone for Kris and is at a loss over who to trust. Kris is petrified Kylie could sack her or cut her off so tensions are at an all-time high.”

On Friday, the business magazine revealed that the Kylie Cosmetics founder lied about her wealth and success of her company. The new report also revealed that she made $900 million, not the $1 billion that the outlet originally reported in 2019.

Kylie Jenner claims she never asked for the title of billionaire. However, Forbes magazine claims she doesn’t deserve the title. In the report, an investigation into her financial filings revealed that she inflated her worth. Earlier this year, Kylie sold 51% stake of Kylie Cosmetics to Coty in a deal that’s valued at $1.2 billion, per Economic Times.

“Kylie’s business is significantly smaller, and less profitable, than the family has spent years leading the cosmetics industry and media outlets, including Forbes to believe,” the magazine said. “Forbes now thinks that Kylie Jenner, even after pocketing an estimated $340 million after taxes from the sale, is not a billionaire.”

In a series of tweets, Kylie said she never wanted the title of billionaire. But she insists that she earned a billion dollars through her beauty company. Kylie’s fame and social media prominence increased when she grew up in the spotlight. In addition, her attorney says that Forbes’ story is “filled with outright lies.”

KUWTK star may have blown her wealth

The Forbes report claims that the COVID-19 outbreak and its effects on the cosmetics industry could have hurt her net worth. However, Page Six claims that Kylie Jenner may have blown through her billions. She spent $100 million on a private jet. Also, she purchased several real estate properties in recent months.

The outlet found out that the reality star has been going through her money. An insider told Page Six that she spent between $50 million to $70 million on a Global Express Jet that she wanted “in the theme of daughter Stormi’s birthday” back in February. Kylie just recently purchased a $36.5 million estate in Holmby Hills, California.

what lip is your fav 👀 tap for details! @kyliecosmetics

But she doesn’t keep it all for herself. Kylie bought her family and friends lavish gifts, including the highly coveted diamond-encrusted Birkin bag. She also donated millions to Australia wildfire relief, coronavirus relief, and various women’s charities. The insider said that even Kylie’s sisters are concerned about her constant spending.

“Yes, she’s got a lot of money – but she doesn’t seem to realize how easy it is to blow through all of it,” the source added. “She’s likely spent over $130 million in the past year.”

Kylie Jenner hasn’t spoken out since her Friday tweet storm.