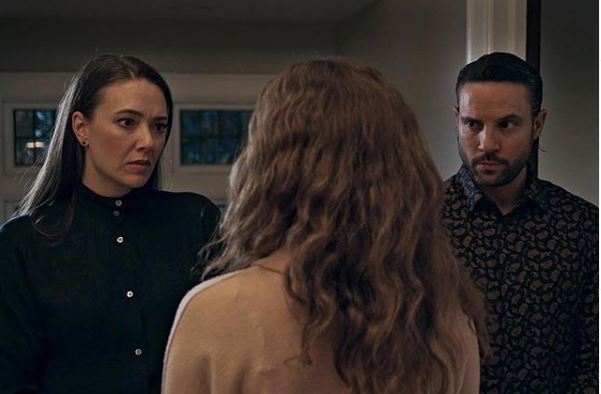 It is time for a new movie on Lifetime. Tonight they will be airing The Captive Nanny. Of course, once you start watching you will see that this is a familiar story. Bustle shared about this movie and what to expect. This movie is all about a nanny who has wanted to adopt but hasn’t done it yet. It may sound familiar, but it isn’t based on a true story at all.

The Captive Nanny on Lifetime

The Captive Nanny airs tonight at 7 p.m. CST on Lifetime. This movie stars Karynn Moore, Austin Highsmith and Michael Aaron Millligan. Karynn plays the nanny. She will find out there is something a bit off about the family she is working for, though. You can check out a preview below.

Tonight’s the night! “The Captive Nanny” on @lifetimetv at 8p/7c @marvistaent

The house is full of security cameras and lots of precautions. They try to play it off that it is about a crazy ex, but it seems to not be the case at all. Instead, there is something totally different going on that you will not want to miss.

Lifetime shared about the movie as well. Here is what they said to expect.

“Chloe is a nanny who desperately wants to adopt but needs to get her life together first. She finds the perfect live-in nanny position with the Brown family–Emily, Michael, and their son. She quickly learns they’re oddly strict about security, with coded locks on all doors. Emily explains it’s due to her famous musician ex named Baz, who stalks her. Horrified, Chloe agrees to help Emily and Michael keep their son safe. But when Chloe notices things seem a bit off with the Browns, Emily and Michael turn on Chloe and accuse her of being a spy for Baz. Chloe soon learns that it’s not Baz that’s making bad things happen–it’s Emily, who is determined to win back Baz by any means necessary.”

This isn’t a true story

This one is not based on a true story. Lifetime has a habit of a lot of movies being that way. The Captive Nanny is the kind of thing that could really happen to someone, but that is just not the case. This one is really just a great thriller movie to enjoy.

Without a lot being filmed right now, Lifetime movies are a great thing to watch. They are still sharing new ones that hadn’t aired yet. One other thing that Lifetime is doing is sharing old movies as well that have been favorites over the year.

Don’t miss all of the new movies coming out on Lifetime! This is a great thing to watch.