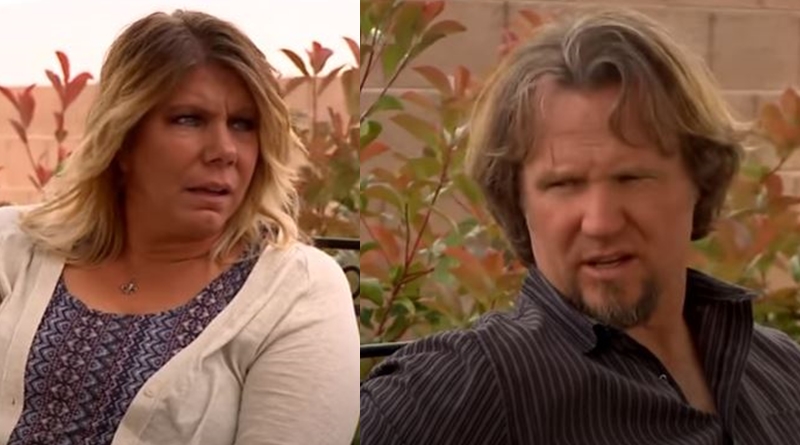 Sister Wives fans now ponder the fact that they may have been taken for a ride by Meri and Kody Brown. Ysabel maybe slipped up when she joined a Live by her mom Christine on Facebook. As the video seems to have been deleted, maybe Ysabel Brown slipped up on their TLC NDA.

Sister Wives – Meri sees Kody Brown, so he does visit her

TV Shows Ace reported in mid-May that Meri gave some great advice to a fan about coping with stress during the coronavirus. We also mentioned an incident where Meri went Live doing her LuLaRoe promotions. During the Live, Kody interrupted her. We noted, “He complained of stress and she gave him some advice. So, fans know she still sees Kody from time to time despite fans thinking she left him.” The Sun UK also confirmed the same incident.

In fact, in the latest season, fans heard Meri say their love is over, but it now became obvious that he actually visits her. From what Ysabel said, despite Kody supposedly practicing social distancing, he rotates between wives still. Ysabel let that slip, All About The Tea noted. In fact, they cited Ysabel as saying, that Kody “would likely spend that night with Janelle.” And, she also mentioned Meri Brown, which raised many eyebrows among Sister Wives fans.

Ysabel spoke about Meri. Did that contravene TLC’s NDA?

For years now, fans heard that Meri and Kody just can’t get along. Supposedly, this season their marriage counseling really came to nothing much. In fact, fans heard that Kody felt Meri conned him in the first place. If that’s the case, and they no longer live as man and wife, it’s interesting what Ysabel said. During the Live, a fan asked where Kody was. Ysabel didn’t know for sure, but she mentioned that he “had been at Meri’s house the night before,” the outlet wrote.

It certainly sounds like the Sister Wives‘ patriarch still includes Meri in his routine rotation. Well, that could indicate that TLC presented a storyline that ran for about three years now, that might be false. Everyone knows the couple doesn’t get on. Everyone knows that they don’t supposedly share a bed. Thousands of her fans urge Meri to move out and move on because of that.

Maybe, Meri puts up with Kody because in real-life they still get on as normal. What do you think? Do you think Ysabel slipped up when she mentioned Kody and Meri? Sound off in the comments below.