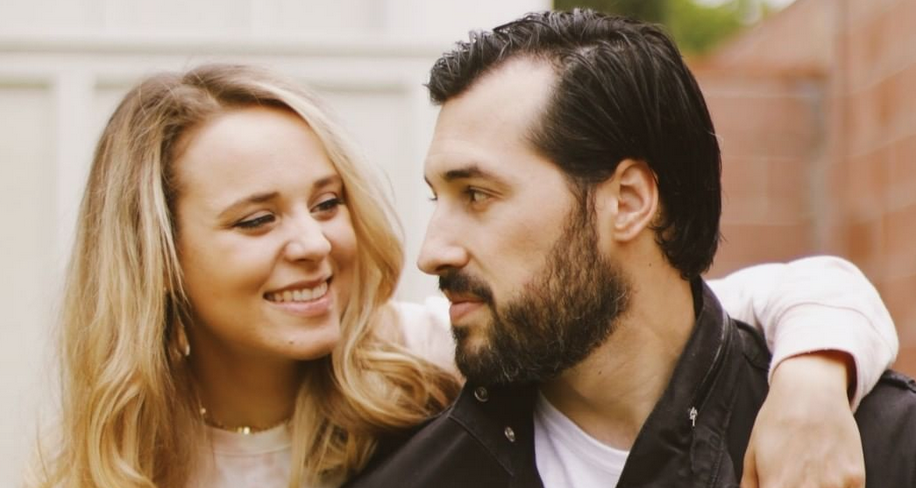 On Thursday, Jeremy and Jinger Vuolo revealed that they are expecting their second child. The couple currently shares a nearly two-year-old daughter Felicity. Shortly after announcing the second pregnancy, the couple went live on Instagram to talk about the baby on the way. In the live video, they answer questions that fans sent in. Most of the questions are about the baby on the way. Specifically, Duggar fans are curious about the baby’s name. Jeremy and Jinger also talk about the miscarriage they had between Felicity and this baby.

In their live video, the couple reveals that Felicity is trying to understand what it means for her mom to have a baby in her belly. Still, Felicity seems to be adjusting to the idea. According to Jinger and Jeremy, Felicity can say, “big sister.” So far, Jinger has had some morning sickness and food aversions. She says that it wasn’t anything crazy. Now that she’s 15 weeks along, she’s feeling better.

Another fan asked about whether the couple is prepared for their second child. Jeremy says that they love Felicity so much that they were concerned that they couldn’t love another child that much. He adds, “Then when we found out that Jinger was pregnant again, those thoughts kind of quickly go away, and you realize, ‘I can’t wait for this child.'”

Jinger Vuolo reveals that they have a baby name picked out

One Duggar fan asked if the couple has chosen a name yet. Jinger reveals that they have a name picked out. They have already chosen both the first and middle names. And they plan on sharing it once the baby is born. They did the same thing with Felicity. Jinger explains, “We did not share her name until the day she was born, so even our families were all like waiting to hear when she was born ’cause they were going to know her name. So, we’re going to do the same thing with this little one.”

Jeremy then talks about how sometimes people will give their input on baby names. This is part of the reason they have decided to keep the baby’s name a secret. Once the baby is born, people are less likely to share negative comments on a baby’s name.

Jeremy and Jinger open up about miscarriage

Jeremy and Jinger Vuolo also talk about how they didn’t share about the miscarriage when it happened. They wanted to keep it private at the time. They say that God has helped them through a difficult time. Now, they are opening up and realizing how many other fans, friends, and family had gone through the same thing. It sounds like they received a lot of love and support throughout the difficulties. Jeremy says, “People just rallied around us.” He adds that Jinger is “so strong.”

So, are you excited to hear more about Jinger’s pregnancy? Share your thoughts in the comments below.