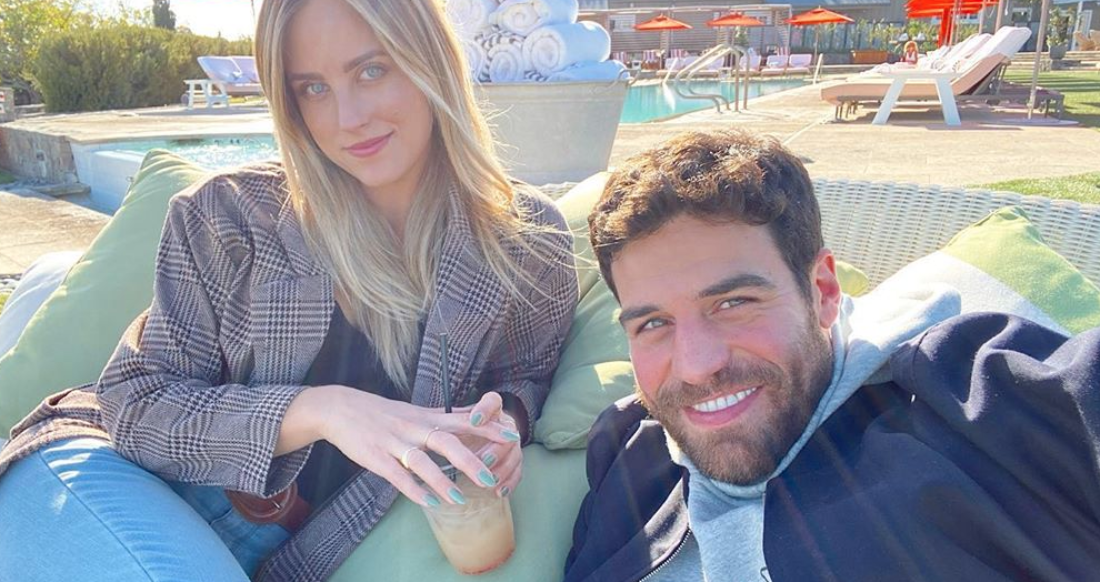 Joe Amabile and Kendall Long were thought to be one of the more successful couples to come out of BIP. But eventually, even they broke up. Now, Joe is talking about their post-breakup friendship.

Joe and Kendall broke up after they realized it was too hard for them to keep their relationship going living so far apart. However, according to US Weekly, Joe says that they remain friends and still talk every day. He thinks they will always be friends.

“We remained close friends and we probably always will, I think,” he said. “She’s from L.A. and I’m from Chicago, so it just became too big of a hurdle at this time in our lives, but we remain close. We still talk almost every day.”

There will be lots of 🍷

This isn’t the first time they’ve been talking…

This isn’t the first time the couple was seen like this. They were spotted out together in May getting sushi. Joe even paid Kendall later on the app, Venmo. At the time, Joe refused to either confirm or deny that they were together or that he was even in LA. He even took down his post about being at sushi once he realized fans caught on TV Shows Ace reported. He simply said that LA is a great city, but being in Chicago makes the most sense for him.

“I don’t know what people were talking about,” Joe started. He continued saying he’s leaving it up to what people think.

“I guess we’ll just leave that up to what people think,”He said. “I can’t say I was in L.A., can’t say that I wasn’t. That’s all I can tell you. … L.A.’s a great city so we’ll see. But right now at this time in my life, being here [in Chicago] definitely makes the most sense.”

TV Shows Ace also reported they may have spent some time together for quarantine. There seems to be a lot of old couples doing that lately, including Khloe Kardashian and Tristan Thompson.

The couple was together for two years and really seemed to make each other happy. Of course, it’s never good when someone wants or needs to live in two different cities though.

Do you want Joe Amabile and Kendall Long from BIP to get back together? Let us know what you think in the comments. Be sure to come back to TV Shows Ace for more news on all of your favorite BIP stars.