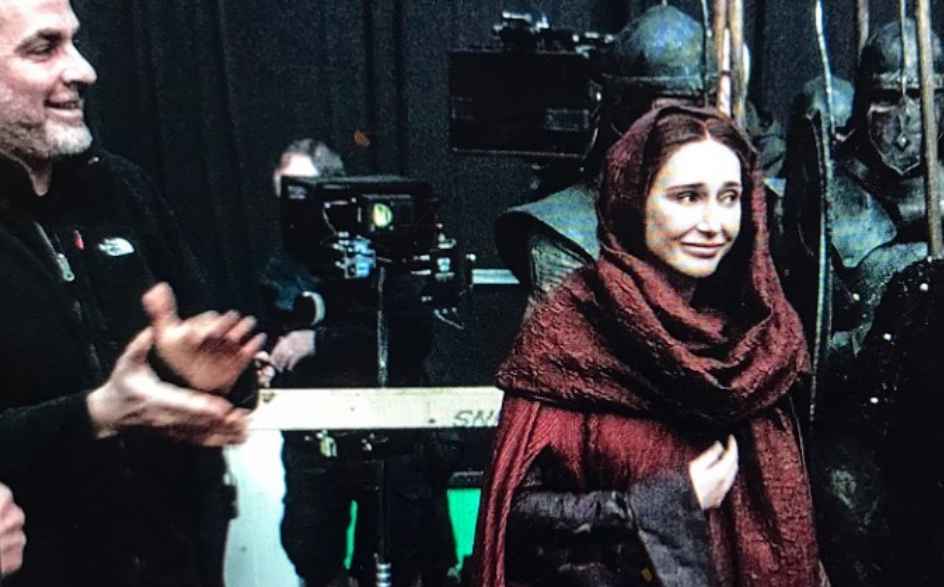 After criticism erupted for Season 8 of Game of Thrones, Carice van Houten, who plays Melisandre, hit back. She said she knows the reason why some people were disappointed with the final season. This is because “everything before that was so good.” Warning: There are some spoilers for the final season of the HBO show below.

Criticism for Game of Thrones Season 8

Many GoT fans were disappointed in the final season of the HBO show. They hit social media with a passion to make their feelings known. This led Carice van Houten, 43, who plays Melisandre (the Red Woman) to hit back at fans. She tells them they are “ungrateful.”

People quotes van Houten as says the fact Season 8 was being criticized only highlights “how good show the show was.” Carice says it feels a little “ungrateful on the part of fans. Fans enjoyed Game of Thrones. Now, Season 8 disappoints because it did not go exactly as they thought it should.

Fans launched a petition calling for a rewrite of Season 8. Van Houten dismisses this petition, despite the almost 2 million signatures. She says the petition went “beyond fandom.” Calling it “extremism” and scary, Carice says knowing the writers and how great they are, they don’t deserve that. While she believes they are probably cool enough to handle it, they are still human beings. The writers were doing their best to make a “good product.”

Game of Thrones broke the record this year, with the most 2019 Emmy nominations. This points to the HBO series being successful indeed. Carice went on to say that unlike many of the fans, she was happy with Season 8. She likes the way the epic story is wrapped up, especially her role in it.

Carice loved the arc of her storyline, saying at one point, her whole world falls apart. Carice says that was her favorite moment for Melisandre. Melisandre who sadly dies following the Battle of Winterfell. Speaking with The Hollywood Reporter last year, she calls her character’s passing a “beautiful farewell.”

At that time, she says the ending was “really satisfying” to her and she is happy. She says she “got goosebumps” while reading the final scene. According to Carice, it was a beautiful ending and she was “very grateful.”

Carice van Houten commemorates her role in Game of Thrones

When her final episode of Season 8 aired in 2019, Carice made a couple of Instagram posts. She wanted to commemorate her role as Melisandre. In this post, she writes, “And there I go.”

And there I go 😢😥😭 @gameofthrones

In the following Instagram post, the Game of Thrones actress captions the image to read, “A minute after my last shot (burning the trenches).” She says this image was taken a minute before Dan started a speech which made her “cry like a baby.”

A minute after my last shot (burning the trenches) and a minute before Dan started to speech which made me cry like a baby. #AYE #BYE #gameofthrones @gameofthrones

So, fans found the ending of Season 8 of Game of Thrones disappointing. Let’s face it, they have to admit the HBO show has had an incredible run!

Did Hazel Busby Miss Invention Camp After Enjoying Daddy Camp?
‘LPBW:’ Wait! Does Jackson Roloff Have A Speech Problem?
Lauryn ‘Pumpkin’ Shannon’s Baby Boy’s Name: When Will Fans Meet Him?
Erika Jayne Promotes ‘RHOBH’ Amid ‘The Housewife & The Hustler’ Debut
‘Renovation Island’ Resort from HGTV: How Do You Visit?