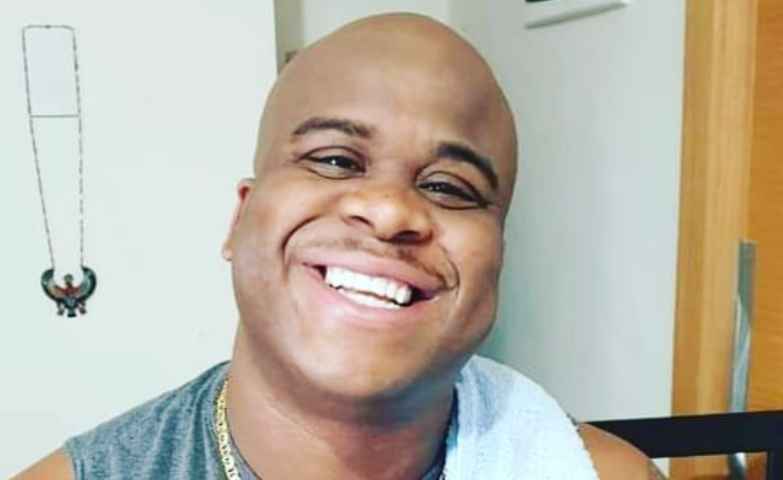 90 Day Fiancé fans haven’t seen Dean Hashim since December last year. Rumors did the rounds Hashim was allegedly fired from Pillow Talk. Despite the rumors, Dean has turned up on the limited spinoff series 90 Day Fiancé: Self-Quarantined where he shares an update of his life. He also speaks about his brother and fellow TLC reality star, Tarik Meyers on the show.

During a conversation on the Monday, May 18 episode, Dean says he hasn’t spoken to Tarik in about six months. He tells the camera Tarik doesn’t really support his life. Dean says his brother has a big problem with him relocating to the Philippines. Tarik doesn’t disapprove of Dean’s relationship with his girlfriend Rigin but doesn’t like how he went about it.

As noted by In Touch, Dean hails from Virginia Beach but reveals he has relocated to Cebu in the Philippines. He had met his girlfriend, Rigin online. After dating for five months, he makes a plan to fly to her native country to meet her in person.

Uuhhh…just a pic in my phone😅

Originally, Hashim plans to spend 10 days in Cebu, but he and Rigin hit it off so well, he decides to stay. Rigin then speaks to the camera. She gushes about Dean, while saying she had been talking to a number of American men on the dating site. However, she says it was Dean who won her heart. According to Rigin, he is so funny and keeps her laughing, plus he is a good partner.

According to Dean, the couple is getting by with his disabled veterans’ pension. He says, while it’s not a lot, it goes further in Cebu as the US Dollar is worth more than the local currency there.

Fans surprised to see Dean on the show

Rumors claim Dean has been fired from 90 Day Fiancé during December 2019. Because of this, fans are surprised to see him back on the TLC show.

It turns out Tarik has also fueled the rumors, by sharing a cryptic message on Instagram. His message basically talks about when your family lies to you, smiling to your face, all while stabbing you in the back. Tarik mentions he and his girlfriend being blocked on Instagram without any warning. However, he wrote Dean still acts like everything is cool on social media, so he doesn’t lose his Instagram following. With the post on December 18, 2019, he shares a selfie of himself and his fiancée Hazel.

Fans speculated the message was pointed directly at Dean. Meanwhile, after being fan-favorites on 90 Day Fiancé: Pillow Talk, neither Dean nor Tarik featured in several episodes. In the past, the brothers filmed scenes together at Tarik’s home, giving their funny reactions and commentary to the TLC show.

Who watched the show tonight..what was your favorite part??😂😅

Other rumors claim Dean has been fired from the show after making comments about the sexuality of costar Tim Malcolm. However, Tarik has hinted in his Instagram caption that the alleged firing has nothing to do with Dean’s comments about Tim.

Dean’s segment on 90 Day Fiancé: Self-Quarantined was filmed five months after Tarik’s post. Also, Dean says he hasn’t spoken to his brother in six months. This makes it look as though Tarik is reacting to Dean’s decision to move to the Philippines. By doing so, this means the brothers can no longer film scenes together for 90 Day Fiancé: Pillow Talk. It could also point to the fact the checks would stop coming from TLC.

Watch 90 Day Fiancé: Self-Quarantined on TLC on Mondays at 9 pm ET/PT to find out more about the stars’ lives in quarantine.