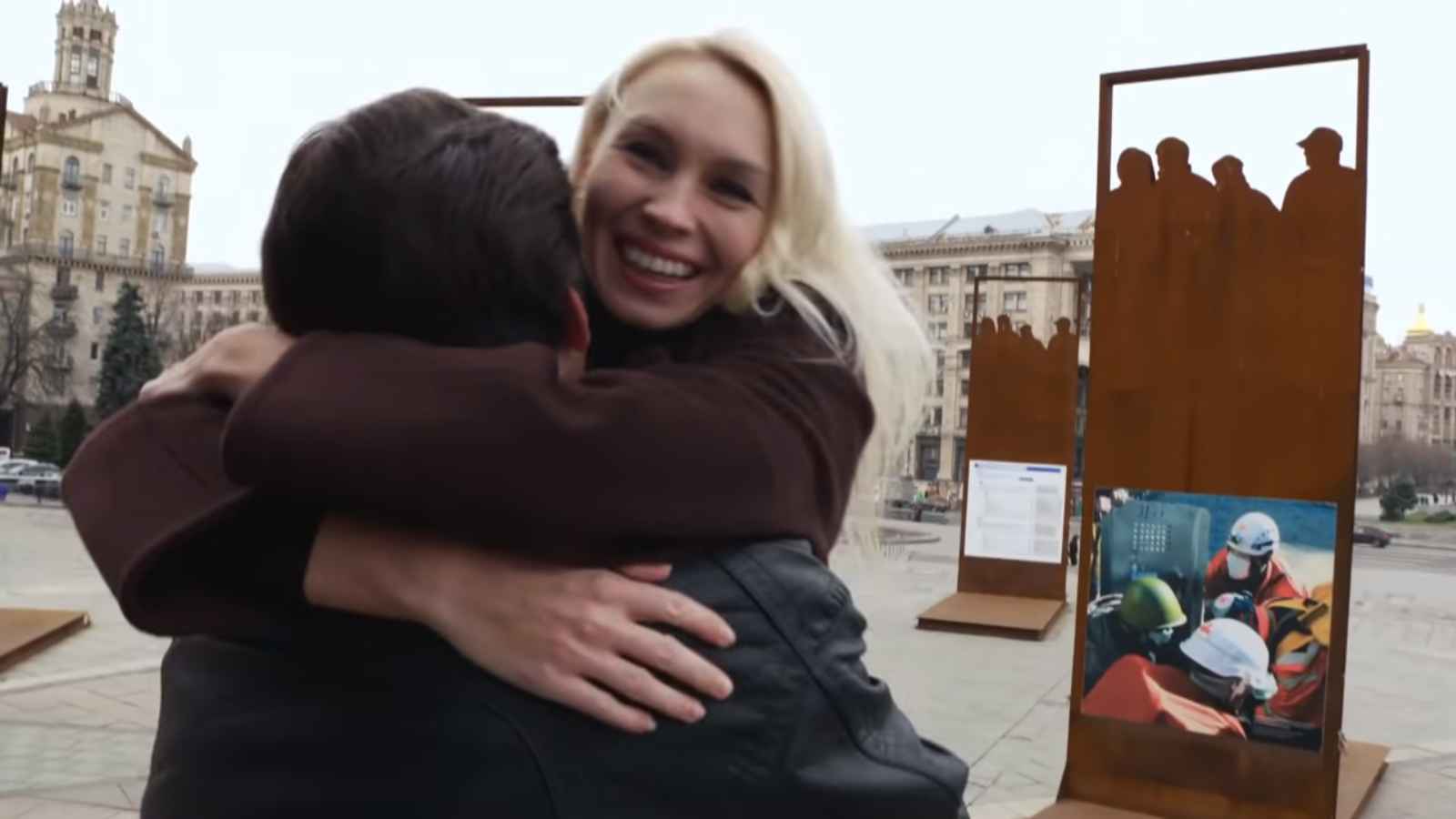 90 Day Fiancé star David Murphey first met his Ukrainian girlfriend, Lana on a Russian online dating website. For seven years, he tried to meet up with Lana without success. While everyone believes Lana is catfishing him, the good news is David has finally met his fiancé. Great, except there might be a problem. David has been paying by the minute to access the online dating site and Lana might be getting a commission.

Fans have watched David flying to Ukraine in the hopes of meeting Lana, the girl of his dreams. However, every time he is left in the lurch. This gave 90 Day Fiancé fans the impression Lana is only in it for the money. At one stage, they believed Lana isn’t the woman revealed in photos on the show.

Seven years down the line, David finally met Lana and fans were shocked that she is, indeed, the woman in those photos. Now everyone is happy, especially David. But how long this happiness will last is unknown.

On a leaked 90 Day Fiancé: Before the 90 Days tell-all, Lisa, Usman, Yolanda and David are interviewed by host Shaun. As reported by Screen Rant, the discussion turns to the difference between Russian and Nigerian scammers. Lisa seems to know a bit about it and even went so far as to say basically, Russian women are prostitutes. She says they aren’t out to destroy David, just to get his money. Lisa reckons they will continue playing with him because they are prostitutes.

This was a tad harsh and David protests this statement, while Shaun asks Lisa if she believes Lana is a prostitute. Lisa says no, she says she was talking about Russian women. She then asks David how much he has spent on the Russian online dating website.

David spends a fortune on the Russian dating website

The American TLC star responds to Lisa’s question, saying he has spent around a couple of hundred thousand dollars to chat with Lana online. According to David, the website’s owners are not Russian. He says he does not believe Lana is profiting from his time on the website.

All along 90 Day Fiancé fans have believed Lana is catfishing David. For one thing, Lana would only chat with David via the online site, where he pays for every minute. David has spent a small fortune on these chats, which definitely seems fishy.

While David finally meets Lana and has proposed marriage to her, reportedly they are no longer together. Without a doubt, other contestants and fans of 90 Day Fiancé are not surprised. David appears to be totally naïve and unable to accept reality. Now it seems Lana has been manipulating the TLC reality star for gain, via the dating website. Most likely, Lana now has everything she wants from the situation and it cutting ties. However, David insists she has suffered “too much stress” relating to the TLC show.

David is still hoping to move to Ukraine to live with Lana, but it is doubtful this will ever come to pass.

Keep watching the drama on 90 Day Fiancé: Before the 90 Days on Sundays at 8 pm ET/PT on TLC.