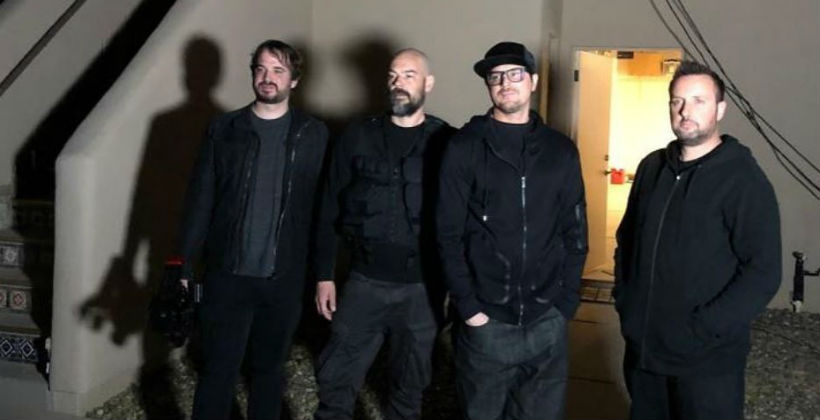 Another season of the paranormal hit Ghost Adventures wraps up this evening. The Season Finale will feature a terrifying investigation at the Drift Inn Saloon in Globe Arizona. Lead investigator Zak Bagans, along with Aaron Goodwin, Billy Tolley and Jay Wasley set out once again to find indisputable evidence. They are hoping to learn more about the evil that lurks within the walls of the old saloon.

Zak and the Ghost Adventures crew head to Arizona

The crew is heading into lockdown and this time in Arizona. The location is a creepy old inn. Bloodshed in the Bordello, will air May 14 and once again terrify fans. It takes place in the town of Globe which is home to the Drift Inn Saloon. And, it’s still open to the public so die-hard paranormal fans can go check the place out for themselves.

This location is very eery. In fact, it is the location of one of the most gruesome murders in Globe history. Zak shares that is pretty bad because the town of Globe has seen many murders take place. Zak shares in a preview that the building they are investigating used to be a Bordello. It was also a saloon. There are unsolved murders that took place in the upstairs rooms of this building.

The murders were said to be done by prostitutes that used the building. These prostitutes evil spirits are being seen at the Drift Inn Saloon still today. Also, and an even more terrifying twist, there are little kids who live up there.  They are said to be terrified to go into some of the rooms. They see spirits as do many others who enter the building.

All new #ghostadventures this Thursday night on travel channel 👻 this location is so active. I can’t wait for u to see it

Ghost Adventures cameraman and investigator, Aaron Goodwin, went to Instagram to share a few photos and say how excited he is for fans to see the season finale tonight. He said the location was very active and he can’t wait for all their fans to see it. He also said they were able to have amazing communication with some spirits. In his latest post he shared a picture of a long hallway. He captioned it, “Tonight’s new episode of #ghostadventures is one I will never forget. The spirits here effected me so bad.”

The vengeful spirits of the Drift Inn Saloon want to be heard. 😨 Don’t miss an all-new #GhostAdventures tomorrow at 9|8c!

Zak and the boys have a special June planned

Tonight may be the season finale of Ghost Adventures, but there is more to look forward to. Zak and the boys are releasing a four part mini-series beginning June 11. The miniseries named Ghost Adventures: Quarantine will feature the guys quarantining for two weeks. The guys are quarantining themselves, with no film crew, inside of Zak Bagans Las Vegas Haunted Museum. It sounds like something you definitely don’t want to miss. Stay tuned for more information on Zak Bagans and Ghost Adventures.

The most memorable investigation for me in Ghost Adventures history. Get ready for a SPECIAL 4-part miniseries- Ghost Adventures: Quarantine premiering June 11th on Travel Channel