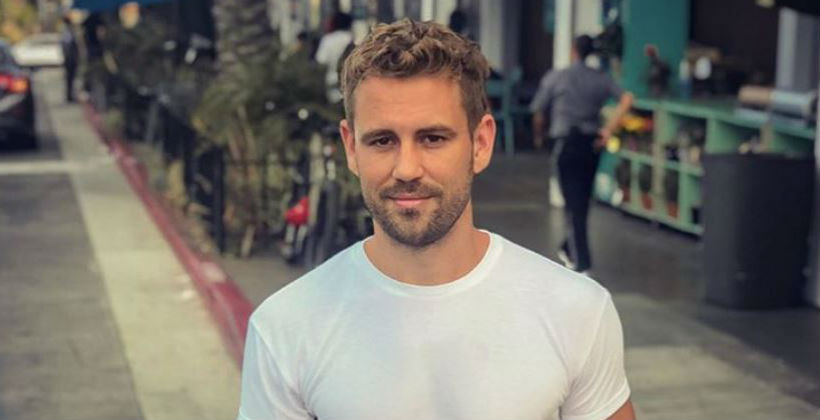 Former Bachelor Nick Viall never fails to say exactly what he thinks. In his latest podcast appearance, Nick is talking all about dating during quarantine. He’s been single for some time and while social distancing can make dating challenging, he is out there.

People shared all the juicy details Nick had to share about virtual dating. He didn’t hold back on the good, the bad and the ugly. Nick said virtual dating is kind of nice. He likes it because it gives someone a chance to get to know a person outside of just a physical connection.

Nick shared these details on Big Demi Energy with Demi Burnett. Social distancing is not keeping Nick from dating. He admits he’s out there and mingling online. He has had some zoom and Facetime chats with some single ladies.

Nick goes on to say that while lack of intimacy may be driving more virtual dating, it works. He thinks single people are digging it and and very eager to meet someone. Nick said, “I think it’s a great time if you’re single to actually make new connections and get to know people — granted not ideal to not have the option to meet them in person and do some of those other things.”

Starting to get artistic with these selfies #alone

There is no pressure for intimacy with virtual dates

Nick goes on to say that having virtual dates take the pressure off of intimacy. He said, “It certainly builds anticipation. You can focus on getting to know someone … I’ve been trying to do a little bit of that. … I’m out there.”

Nick is definitely out there. He gets his fair share of dates and all the rumors that come along with it. Earlier this year he was linked to Bachelor alum Kelley Flanagan. Of course now everyone knows they really were just friends and Kelley is now with Peter Weber.

Nick was also linked to January Jones. She admits that she didn’t always like him. She in fact didn’t care for him much during his time on The Bachelor. He reached out to her after hearing her negative comments. He wanted to take her out for coffee to try and show her he isn’t such a bad guy. She changed her mind, but it didn’t work for the two of them.

He has also gained attention from his podcast The Viall Files and also his posts on social media. Nick has become quite the selfie king since being in quarantine. And, he is actually really funny.

Along with posting numerous selfies, Nick has also been keeping up with his podcast. He recently had to defend himself against comments calling out Madison Prewett.

It will be interesting to see what he gets himself into next. Stay tuned for more updates on all your favorite Bachelor alums.