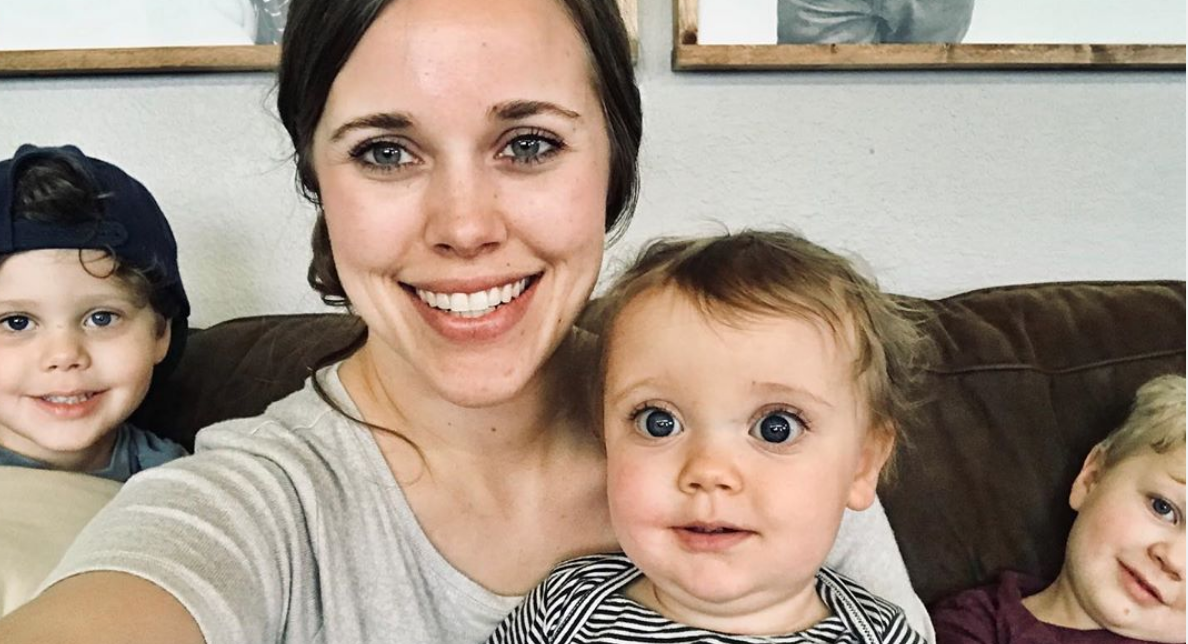 Duggar fans often comment on how similar Jessa Seewald and her 11-month-old daughter look. But, they’ve never seen baby pictures of Jessa beside Ivy’s photos. So, Jessa found photos of herself in poses similar to the ones Ivy makes in photos. On social media Monday, Jessa shared a new post. The post includes photos of herself as a child beside photos Ivy. She compares the pictures, pointing out the similarities.

In response to the post, Jessa’s followers are saying that she and Ivy are twins. Some are saying that they can’t tell Ivy and Jessa apart in the photos. Of course, the photos of Jessa as a child aren’t as high-quality as the ones of Ivy. And the clothing style is a little bit different. But, aside from that, fans can’t see a difference. They think that the two look identical. They also think that Jessa did a great job of matching up the pictures. Plus, fans are gushing over how adorable Ivy is. They can’t believe that she’s almost one year old.

I’d say she looks a little like me. Especially the eyes. 👀 What do you think? Swipe left to see more side-by-sides!

In addition to agreeing that Ivy looks like Jessa, some fans point out that Ivy looks like Felicity Vuolo. Felicity is the daughter of Jeremy and Jinger Vuolo, so she’s Ivy’s cousin. Both of the little girls have big eyes. Several of Jessa Duggar’s followers think that the two girls look alike.

Other fans are saying that Ivy looks a lot like Jinger. Again, Jinger has the same big eyes as Felicity. So, that’s likely where that connection comes from.

No matter who fans think Ivy looks like, they can agree that these side-by-side pictures are adorable. Fans love seeing Jessa Seewald as a child.

Jessa isn’t the only one sharing family photos right now. On Sunday, Jana Duggar dedicated a special post to her mom Michelle in honor of Mother’s Day. Many of the pictures in Jana’s post are throwback photos. They feature Jana and her siblings as young kids.

Mom, If I were to think of one word to describe you, the first word that comes to mind is “selfless.” You are always giving of your time, energy and resources to bless others. I honestly don’t know how you do all that you do! You can run on little sleep for days on end just to make sure your family is taken care of. If we’re sick or not feeling well, you’re tender and compassionate, and you’ll care for us around the clock. If we’ve made a mess of something, you’re there to help us restart and get back on track. If we’re downhearted or discouraged, you’re a shoulder to cry on and you know the words to speak that will bring hope to our hearts. If we’ve lost something, you call a search party and help us look for it. If we’re stressed about an upcoming test, you’re there to encourage us and tell us we can do it. If we’re overwhelmed or have a lot on our plate, you’re always there asking, “What can I do to help you?” If we’re anxious or worried about something, you’re there to pray with us and help to calm our fears. If we can’t figure something out, you’re there to tell us we can do it and encourage us to persevere. If we have goals or dreams, you’re there to cheer us on and do what you can help us accomplish them. If we’re searching for guidance or direction in any area of life, you point us to wisdom from the Word of God. If we have messed up and failed miserably, even broken your heart, you are always there for us, forgiving us before we even ask, and forever loving us unconditionally. Mom, you truly are a picture of Jesus! You are a Proverbs 31 woman! Thank you for being my best friend! Happy Mother’s Day! ❤️ I love you so much!

Duggar fans are loving these older pictures. Most fans haven’t seen them before. They think they’re adorable, and they can recognize the kids pretty well in the pictures. Many of the kids, though they’ve grown up, look similar to how they looked when they were children. The photos showcase Michelle as a wonderful mother. Along with the collection of precious photos, Jana also wrote a heartfelt post to her mom.