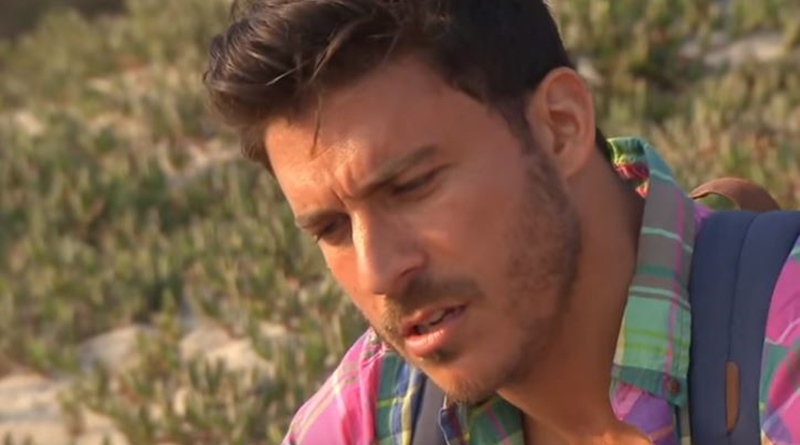 VPR fans know that Jax gets aggressive and then apologizes quite often. But, any hopes his marriage to Brittany would settle him down just got blown out the water. After rage-texting and dismissing Ariana Madix’s depression, he claimed he suffered from mental health issues. But, critics think Jax is all over the place because he’s a coke head and takes Adderall.

Vanderpump Rules fans became infuriated with Jax after watching the latest episode of the show. It started off with Jax dismissing Ariana Madix’s depression. Talking to Scheana Shay, he said that she’s just miserable and not really compatible with Tom Sandoval. When Scheana mentioned that Ariana’s battling depression, Jax casually mentioned that he feels she just puts it on whenever things go badly for her. As if that’s not enough, he later started rage-texting Max Boyens just because he suggested a beach cleanup.

VPR fans grew angry as it seemed Jax just went out of his way to cause trouble. When he did apologize, he said in front of Tom Sandoval, that he sometimes gets angry as he struggles with “mental health” issues. Well, for starters the fact that he dissed Ariana’s problem annoyed fans. So, when he claimed his rage as a mental health excuse, it seemed just plain wrong. And, lots of people, suggested that Jax misuses drugs. In fact, some fans on Twitter called him a “coke head.”

#vanderpumprules @BNCartwright Gurl run for the hills while your marriage is still fresh. Jax needs his ass kick. Ur to sweet for Jax. He needs to stay away 4m adderall, clearly he has gone bonkers mentally. Lisa needs to put Jax in a detox center instead of James.

Tom Sandoval reacted to Jax and his “mental health” issues and noted in the confessional that this behavior’s typical Jax. He suggested that Jax just seeks “attention.” After all, with the wedding done and dusted… He’s no longer the main focus of attention on Vanderpump Rules these days. Actually, many fans felt sorry for Brittany as she ended up apologizing for Jax. And, that’s clearly not a good sign, some fans think. They also think that she ended up with someone who takes drugs and misuses his Adderall. And, this guy hopes to be a father soon?

TV Shows Ace reported that Jax and Brittany want kids, but put it all on hold for Stassi Schroeder’s wedding. Now, the pandemic messed up those plans. Stuck at home during the quarantine, Jax and Brittany now plan on resuming efforts at getting pregnant. That came after Jax felt that birthing a baby’s not a great idea during an epidemic. Anyway, seemingly the VPR veteran flipped and flopped on that one. And, now they work towards making babies again. On Twitter, one fan even suggested Jax would make a baby just to get back in the limelight again.

Jax seems to be tweaking on more than Aderall. He can't even hide it. #vanderpumprules

Fans hate the way Jax behaved, call him out for being a coke head

While Meaww focused on fans who raged at Jax for dismissing Ariana’s depression, plenty of them also raged at Jax for using drugs. Fans noted that Jax could behave the way he does because he abuses drugs. One fan of the show wrote, “Jax has been coked out of his mind the entire season. Bravo, give this clown the boot.” Then, another one noted, “Say what Jax!?! No you didn’t!!!! Pot calling the kettle. Mind your biz bro and stop doing coke.”

VPR fans seemed a bit taken aback that Jax admits he takes Adderall. And, it seems he takes it for the wrong reasons. One critic pointed out, “What Jax is explaining is bipolar disorder. And you don’t take adderall for that. Yikes!”

Then another one noted, “And there it is…why Jax is acting like a d*** half the time. He’s addicted to adderall.” Some fans cautioned Brittany against making babies with Jax until he gets into rehab.

So Jax is smoking and taking Adderall. And whatever else. Brittany don’t get pregnant. #vanderpumprules

What do you think about Jax with his anger, moods, and attention-seeking behavior? Do you believe it’s because he’s a coke head? Sound off in the comments below.