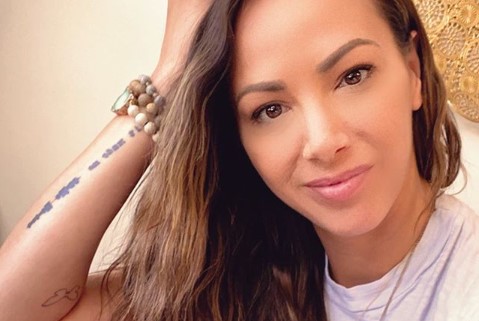 Kristen Doute of Vanderpump Rules has been dating Alex Menache since March of 2020. On an episode of the podcast, We Met at ACME, VPR star Kristen reveals information about how she met Alex.

In the May 3 episode of We Met at ACME, Kristen describes her relationship status as, “single/dating.” Kristen explains that she’s been seeing Alex for a few months, but clarifies that he’s not her boyfriend. She admits, “[At] the end of summer, beginning of the fall, I was just like dead single like trying to date.” She says that she wondered what it would be like to go on spontaneous dates.

Kristen explains how she met Alex

After more than a year of being single, VPR star Kristen was hanging out a friend one night. She recounts her drunken night with Alex, telling listeners, “I was like, ‘Hey, we’ve been friends and you’re hot. We should probably make out.’ And so we did and then we just kind of started hanging out because we were both single.” Kristen describes Alex as her, “quarantine babe.”

Podcast host Lindsey Metselaar and VPR star Kristen continue by sharing their zodiac signs. Kristen mentions that she’s an Aquarius and Alex is a Sagittarius. Lindsey informs Kristen that those signs typically work well in relationships, and Kristen agrees. However, Kristen also admits that zodiac signs are not as important to her as they used to be. A potential partner’s sign is not a deal-breaker for her.

VPR‘s Kristen also tells Lindsey that she and Alex have been spending their quarantine together with Kristen’s dogs. She says, “We’re having fun, as we’ve obviously been spending way more time together as of late.” She also explains that she wants to take things slow. She’s known Alex for a long time and feels that it’s best if they don’t “rush into things.” Alex, on the other hand, seems to want things to move a little quicker. Us Weekly reports that Alex looks forward to getting married. The outlet also writes, “Alex likes girls with a sense of humor. He’s hilarious.”

Kristen and her previous boyfriend, Brian Carter, officially broke up in February of 2019. Since then, they have hung out a few times. Kristen says, “There was nothing specific that said, like, ‘Oh, this thing happened, now we have to break up.'” She says that she’s not mad at him and that she still loves him. However, she felt like she and Brian would never be truly happy together. She mentions having good days and bad days but feeling unable to be happy consistently. She also states that she did not break up with him because of anything her friends said. The breakup was her own decision, and she feels that it was a necessary step in her self-love journey.

What do you think about VPR star Kristen’s new relationship? Do you think it will last?