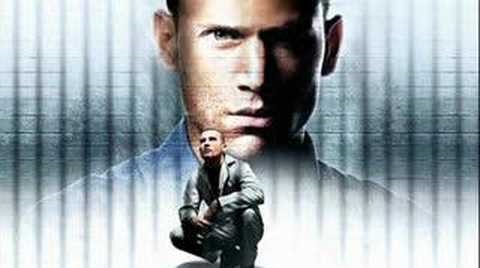 The actor stole the hearts of many with his portrayal of Lincoln Burrows in Fox’s Prison Break. While the series is no longer on air and it is unclear if the network plans to revive it for additional seasons… Purcell has made it clear he is always open for another season. In fact, the Australian actor never misses an opportunity to tease Prison Break fans on Instagram.

About a week ago, Dominic Purcell shared a screenshot of a message he received from a fan. The screenshot was an adoring fan gushing over how much they loved Purcell and Prison Break.

“Even though your old I still love you and think you are a mad guy on Prison Break, much respect goes to you for playing Lincoln so amazingly and really making me fancy his character,” the message from the adoring fan read.

Dominic Purcell clearly enjoyed the message as he shared it on Instagram with a lot of laughing while crying emojis. The actor shifted to a bit of a serious, but silly tone as he apologized for “getting old.”

“I do sincerely apologize for getting old. Not sure how to stop it,” Purcell penned in response.

Fans of the actor respond to the hilarious apology.

Actor Matt Letscher was among one of the first to comment. He jested that Dominic Purcell would need to share the love if he “cracked the code” on how to stop aging.

Some just felt baffled by the strange message.

“People give the weirdest backhanded compliments,” one follower penned.

Another jested: “I love you my old man.”

Prison Break Season 6 was a hot topic of conversation

As we reported a while back, Dominic Purcell makes a habit of dropping Prison Break teasers and bombs on social media. The actor has insinuated for a long time that a Season 6 of Prison Break would happen. While his co-star Wentworth Miller hasn’t shot down the idea, he has previously noted it would have to be the right story line for everyone to come back.

Given that we are nearly halfway through the year 2020 and COVID-19 has halted production of ALL TV shows and movies, there is no chance of Prison Break Season 6 happening this year. Moreover, Wentworth Miller has also previously addressed questions about Prison Break Season 6. He noted that he has no knowledge of Season 6 being in the works. He insisted that if it was happening, he would know about it.

Still, that doesn’t stop fans from bringing it up in the comments of nearly every single one of Dominic Purcell’s Instagram posts. Here’s some of what fans had to say about Season 6 in this particular post:

In response to one of the many comments asking about Season 6, some fans noted Purcell was likely sick of answering questions about it. A few noted that even if a Season 6 was happening it would not be happening now because of COVID-19.

Never felt comfortable with it. Between action and cut is my job that’s real. The bullshit that comes with success is exactly that, bullshit. Keep those from the beginning closest and simply focus on your #skillset.

Would you like to see a Season 6 of Prison Break? Do you think they’ll bring the show back for another Season?