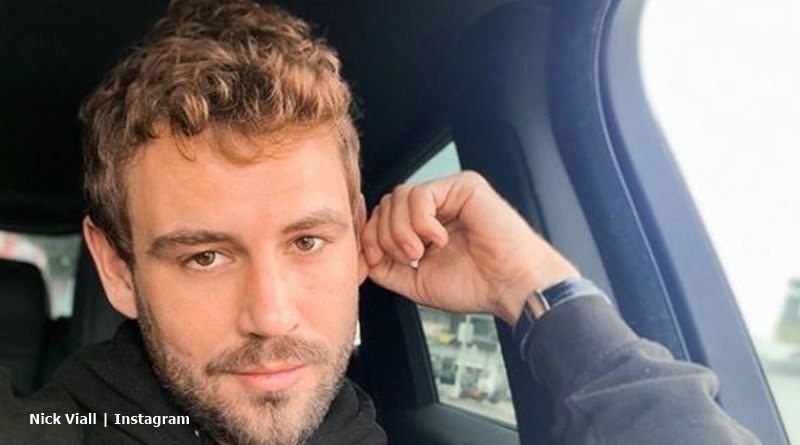 BiP alum, Blake Horstmann joined many critics of Nick Viall recently. In fact, he’s really over the guy. He feels that Nick Viall’s rather toxic towards other people in the ABC franchise. And, he may come with a good point, some people think. After all, he recently slammed Madison from Peter Weber’s Bachelor season.

TV Shows Ace reported that recently, Nick Viall came out against Madison from The bachelor. Recall, in the tail-end of the show, Peter asked her if they could try dating again. That came after she left him following the Fantasy Suites. In the episode, Peter Weber’s mom told the entire world she hated the idea of Madison for her boy. Fans grew enraged with her. But, Peter and Madison dated briefly, before splitting.

After the split, it’s not unnatural that Madison felt a bit peeved. But, we noted that eons ago in terms of reality TV,  a comment was made on her Instagram. It came after the one-on-one date. It said, “Beautiful date, Madi. You are so genuine and real.” Some critics believe Madison had a fake account and forgot to switch between the two before commenting. Nevertheless, she denied it. But Nick Viall recalled that and called her out for being a liar. Nick Horstmann from BiP probably took that sort of thing into account when he slammed Nick Viall.

USWeekly reported about Blake’s anger with Nick Viall. In his Q&A on Wednesday, April 29, a fan asked him if he’d consider going on Nick Viall’s podcast, The Viall Files. Well, the Bachelor in Paradise alum replied rather harshly. In fact, he said, “I would rather s–t in my hand and clap. … He talks s–t about everyone.”‘ And why not say how he feels? After all, Nick Viall seems very quick to slam whoever he feels like in the Bachelor Nation.

Recall that Viall actually attacked Horstmann back in 2019. It came after he shared screenshots of “text messages.” He and Caelynn Miller-Keyes got together at a music festival. Apparently, that same weekend, Horstmann slipped in-between the sheets with Kristina Schulman. Nick Vall aggressively attacked Blake Horstmann from BiP, noting that he felt he only deleted the message after things got ugly. But, he also claimed Horstmann deliberately released the information, knowing it would hurt people.

A month ago, Nick Viall also took the opportunity to slam Hannah Brown and Tyler Cameron over their quarantining. He hit at them and suggested they don’t take it seriously, The Blast reported. Meanwhile, Fox News reported that Nick Viall also slammed Jed Wyatt over allegations he already had a girlfriend when he appeared with Hannah Brown. So, possibly Viall made more enemies among the cast than just the BiP alum, Blake.

Actually, to some critics, Nick Viall seems a self-appointed thought policeman on the franchise, and not everyone likes that. What do you think? Sound off in the comments below.

Remember to check back with TV Shows Ace often for more news about the cast of BiP and the rest of ABC’s Bachelor Nation.