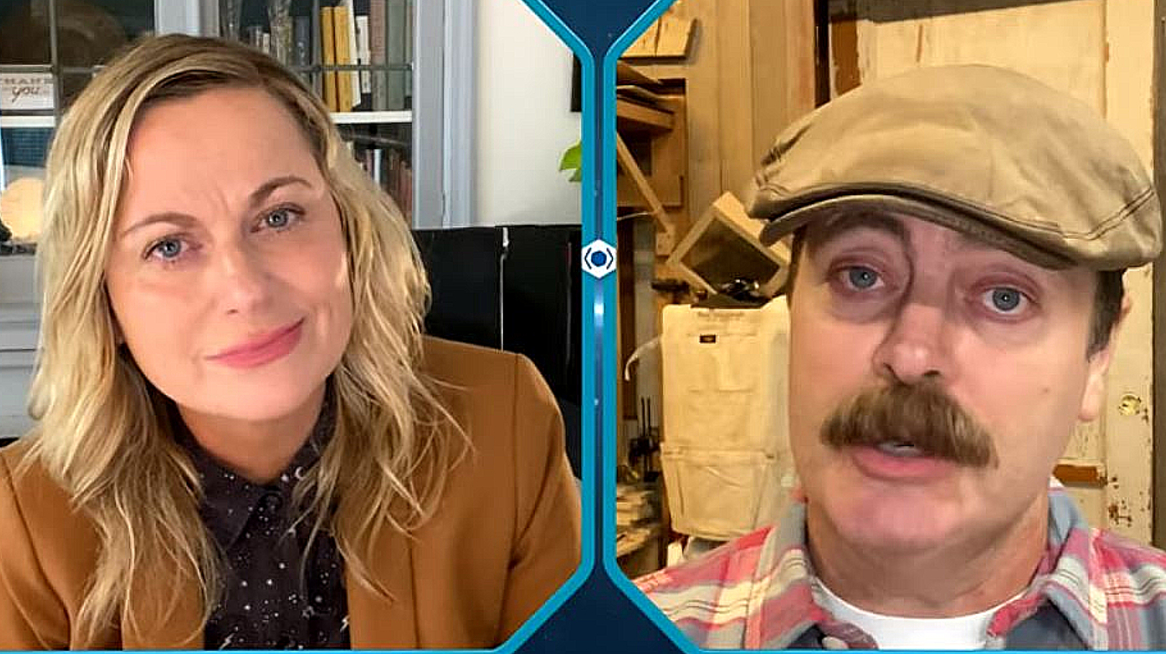 It’s time to head back to Pawnee, Indiana, the little hamlet first in friendship and fourth in obesity! NBC wants viewers to tune in to a Parks & Recreation special and laugh and give until it almost hurts on April 30th.

And TV Shows Ace has all the fun details five years after audiences said goodbye to one of the most beloved comedies in TV history.

Join our old pals Leslie Knope, Ron Swanson, Tom Haverford, Ann Perkins, April Ludgate, Andy Dwyer, Ben Wyatt, Chris Traeger, Donna Meagle and Garry Gergich reconvened for this in-character event that will make the hurting out there less so, with generous donations to the cause.

The cool part about all of this is that NBC and its sponsors are matching donations made by viewers to Feeding America.

How to participate in the Parks & Rec event

NBC is rolling the fan-favorite out of retirement for A Parks and Recreation Special that airs Thursday night at 8:30 p.m. on NBC and will be available on-demand the next day.

And from the safety of her home office, Pawnee’s most dedicated civil servant, Leslie Knope, will be connected to her friends in a time of social distancing.

All of the aforementioned original characters from the series will return in the 30-minute special, played by Amy Poehler, Rashida Jones, Aziz Ansari, Nick Offerman, Aubrey Plaza, Chris Pratt, Adam Scott, Rob Lowe, Jim O’Heir, and Retta. (In addition, several guest stars from the Pawnee universe may be featured too).

We encourage everyone to donate at www.feedingamerica.org/parksandrec to ensure that every donation is counted towards our match. The donation site is open now!

How will the matching funds work?

Collectively, NBC, the cast, writers and producers and sponsors Subaru and State Farm are matching to $500K in viewer donations.

State Farm, Subaru of America, Inc., NBCUniversal and Writers/Producers/Cast of Parks and Recreation are ready to match donations up to $500,000 combined for the telecast.”

“Like a lot of other people, we were looking for ways to help and felt that bringing these characters back for a night could raise some money. I sent a hopeful email to the cast and they all got back to me within 45 minutes. Our old ‘Parks and Rec’ team has put together one more 30-minute slice of (quarantined) Pawnee life and we hope everyone enjoys it. And donates!”” said executive producer Michael Schur in a press release on April 29) .

Noting the uncertain times, producers thanked Leslie Knope who was willing “to unite our country with her unbridled enthusiasm and compassion,” said Lisa Katz and Tracey Pakosta, Co-Presidents of Scripted Programming, NBC Entertainment.

They added: “A huge thank you to Mike Schur and the cast of ‘Parks and Recreation’ for putting this wonderful special together and bringing a smile to all our faces while raising money for such a worthwhile cause.”

What does Feeding America do?

It is the largest hunger-relief organization in the United States. Their work spans a network of 200 food banks and 60,000 food pantries and meal programs.  In total, they provide meals to more than 40 million people each year.

The organization also supports programs that mitigate food waste and improve food security and educates the public about the problem of hunger.

They also advocate for legislation that protects people from going hungry.

Make sure to tune in and help Parks & Recreation add to the food banks of the USA in this time of need.