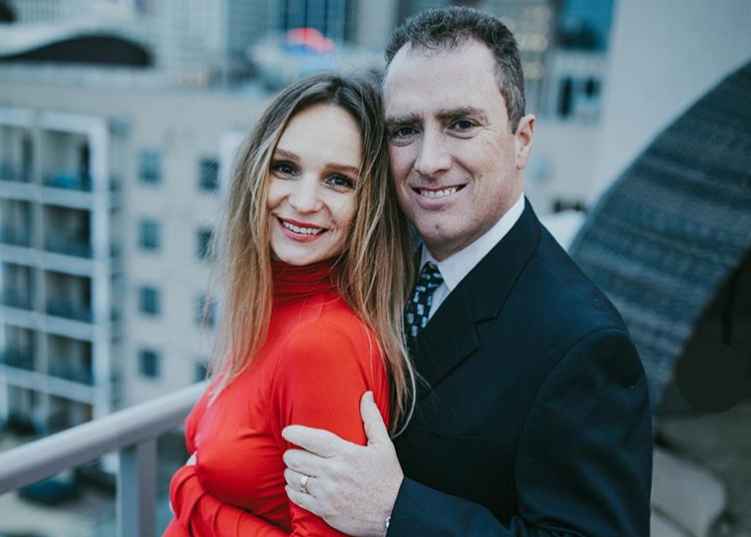 90 Day Fiancé fans will remember Matt Ryan and Alla Fedoruk from Season 4 of the TLC reality dating show. It turns out they are still together, but while Alla is expecting their first child, they are in quarantine separately during the COVID-19 pandemic. It is hard, as they are truly missing each other. They featured on the latest episode of 90 Day Fiancé: Self-Quarantined on Monday.

Matt and Alla first appeared in Season 4 of 90 Day Fiancé after connecting via a dating site a number of years ago. However, after Matt remarried, the couple lost contact for a while. The reality show stars later reunited, applying for the K-1 visa.

It seems things are working out for Matt and Alla, as they are now expecting their first child together. Fans are finding out more of their story in the latest spinoff, 90 Day Fiancé: Self-Quarantined, as they appeared on Monday, 27 April.

The new spinoff is a limited miniseries, featuring past couples and their isolation during the coronavirus pandemic. Some couples are still together, while others have split and will feature solo. Let’s find out about Matt and Alla and what they have been up to prior to the new show.

Alla announced to her fans in February 2020 that she was seven months pregnant with their first child. However, much to Matt’s dismay, they have been forced to self-isolate separately during the pandemic.

Entertainment Tonight interviewed the couple ahead of their appearance on 90 Day Fiancé: Self-Quarantined. Matt told ET it has been a particularly trying time for him. He says he finally has a child on the way but doesn’t get the chance to watch their baby girl grow. Matt said he wanted to go through all the various emotions together with Alla, but this just isn’t possible.

The pandemic hit just as Alla is set to give birth and Matt says being apart has been so frustrating for him. He mentioned that the world is crazy right now.  Meanwhile, Alla said Matt has already been quarantined for two weeks. She says she is 37 weeks pregnant and is having a hard time being apart from her husband.

Matt and Alla miss each other

Alla said they really miss each other. However, she is being “super-protective” of herself and their baby. She says she wants to trust that everything will be good, while she says she just stays positive.

Since the announcement in February, Alla has regularly posted maternity images on Instagram. She hasn’t said much about herself and Matt, probably due to contractual obligations to TLC. However, she does keep fans up to date with her pregnancy and she looks very happy, despite being apart from Matt.

Over the last few weeks, Alla has posted a number of throwback images and videos of her and Matt. She also regularly sends messages to her first-born son, Max.

Season 7 stars, Emily and Sasha also featured on Monday night’s episode. They are also having difficulties during the quarantine. Emily said Sasha has been sick for five days and she was also sick last week. According to a doctor, he may have coronavirus or the flu. However, Sasha is skeptical, as the doctor’s appointment was by teleconference and they didn’t do any diagnostic tests.

Catch up with the reality stars on 90 Day Fiancé: Self-Quarantined on Mondays at 9 pm ET on TLC.

Now That ‘Younger’ Is Over, What Is Status Of Hilary Duff’s Spinoff?
Kody Brown & Wives DRAGGED For Recent Treatment Of Meri
‘Extreme Sisters:’ Why Do Patrix & Patrica Want To Move To Orlando?
Rivers Waldrop Rushed To Hospital After Nasty Fall
Josh Duggar Preaching In Prison Might Not Work Out So Well This Time