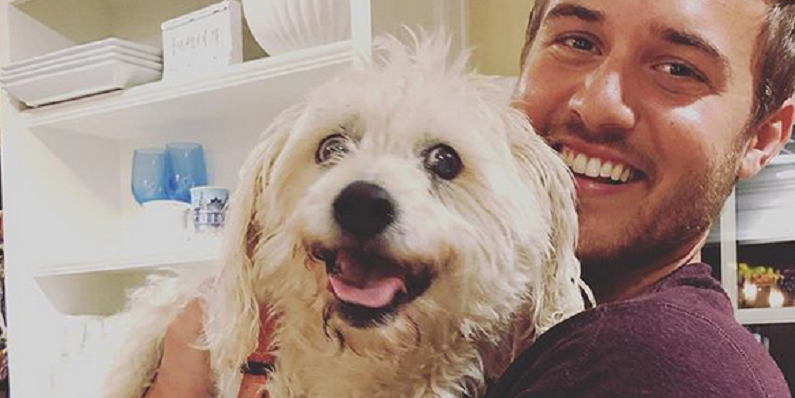 Peter Weber has some choice words for his former Bachelor contestants. He admitted that most of the women from his season don’t think too highly of him. Peter took to his Instagram Story to support the women who “still like” him.

According to Us Weekly, Peter Weber threw shade at his Bachelor exes after he called out the women from the show who no longer like him. Bachelor contestant Mykenna Dorn kicked things off when she posted an Instagram Story of herself watching Peter on a football group date with her and the other women.

“Shook that I didn’t get drafted today,” the fashion blogger captioned the video clip on Friday, April 24.

Peter took to his Instagram Story to share a similar throwback post. “Throwback in honor of the NFL draft,” he wrote. “Cheering on my girls (that still like me) @mykenna I agreed you should’ve been drafted…”

Mykenna continued the back and forth with the pilot. She found his Instagram Story amusing. Mykenna joked that she’s still angry that Peter had them play a game of football but she has since forgiven him for it. This exchange comes after both of Peter’s exes – Hannah Ann Sluss and Madison Prewett – have been throwing shade at him on social media.

But that’s not all. Madison spilled the details about Peter on the Tuesday, April 21 episode of Kaitlyn Bristowe’s Off the Vine podcast. She revealed that he texted her a few days before he was spotted with Kelley in Chicago. Peter left Madison feeling confused since he exclaimed that he wanted to get back with her. While she feels like she dodged a bullet, she admits that she feels “hurt” by what he did to her.

Pilot Pete tries to get in the last word on Instagram

Madison’s interview didn’t sit well with Peter. He listened to every word of that podcast and he wanted to share his thoughts on what Madison said about him, according to Page Six. The 28-year-old commercial pilot responded to her directly with the following comment: “you’d think you’d have a little more respect for this situation given we both know there’s more to the story.”

It all started when Peter had his hands all over Kelley in late March. Although the two were with a group of friends, they appeared quite cozy with each other. Then it was reported that Kelley and Peter were quarantining together, leading the dating rumors to swirl. Everyone in Bachelor Nation were shipping them together. Earlier this month, Peter denied the dating rumors, but hinted that he had some hope for the future.

What a whirlwind of a season and finale! Good luck to everyone involved ❤️

As of Wednesday, April 22, Peter is no longer following Madison on Instagram. However, she’s still following him. But that hasn’t stopped her from dissing him on Twitter. Madison isn’t the only ex-girlfriend who’s thrown shade at Peter.

Hannah Ann Sluss has repeatedly thrown shade at him on social media. She even removed all pictures of him from her Instagram. It’s safe to say that both ladies are done with him.

Trust Is A Must – Trusting can be really difficult but without it, connectivity and relationships suffer. For those who have freely trusted and been let down, I feel you. It takes guts to trust once again, to rebuild the courage to be vulnerable and transparent. I recently listened to @zoechurchla podcast on “Trust Issues”, where Pastor @chadveach spoke on how God deals with our faith before He deals with our future. I recommend that anyone hurting, confused, or in need of encouragement listen to it 💜#day5