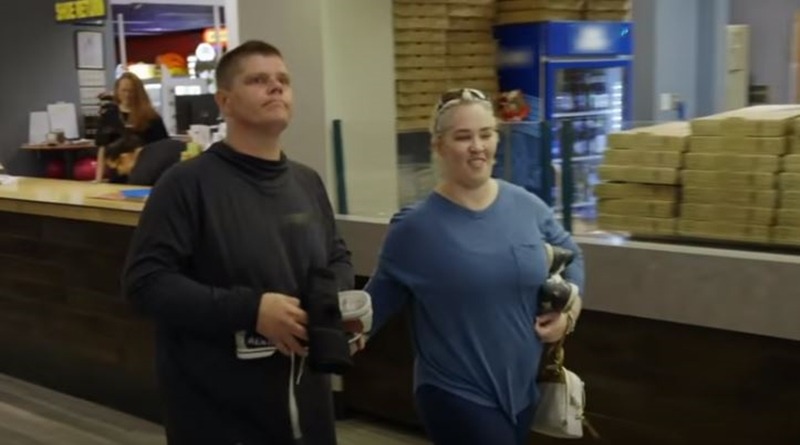 Mama June picked up a lot of hate on her Instagram lately. And, much of that gets motivated by concern for her daughter Alana. Many fans encourage June, but some seem taken aback by the vitriol and suggest negativity won’t help June. Nevertheless, many of them feel the fallen star needs some tough love. And, June’s not having it. She got tough with her followers and warned them she’d block haters on her Instagram. Interestingly, she’s working on her fitness levels with Adam Barta.

TV Shows Ace reported that June got seen hanging with Adam Barta few times. One of those photos featured Geno as well. In others, they went shopping together. Plus, they were caught on camera donating food at the “Treasure Coast Food Bank in Fort Pierce,” Amedpost reported. On some of the photos that both June and Adam shared, fans begged him to help June. Many of them urged him to send her home to Alana.

Well, it looks like for the time being she’s not actually home. Mama June: From Not To Hot, Family Crisis airs on WEtv at the moment. There, fans see how distressed the family feels about June’s estrangement. The show gets filmed ahead of airing, so nobody’s totally sure what June’s up to at the moment. But, it looks like Adam Barta helps her in some sort of capacity as a personal trainer. Recall that Adam’s the musician who helped put together Honey Boo Boo’s dance and music video called Movin’ Up, in 2015. So, Adam and Mama June go back a long way.

Getting fit with Adam Barta – June warns fans about trolling

Seen recently in Florida with Adam, it seems June’s still a long way from her home in Georgia. And, with the current COVID-19 social distancing, maybe she’s stuck there for a while. Her latest post on Instagram features her and Adam exercising near the beach. June captioned the photo with, “Trying to get back in shape with my workout partner @adambarta.” Plus, the star from Mama June: From Not To Hot talked about the hate she gets. June warned fans, “BTW if you spew hate in my comments it will be your last comment on my page.”

Well, Mama June might not actually spend time with her daughters right now. But, some fans think it’s encouraging that she started caring about her fitness levels again. Perhaps that’s a sign she’s off drugs? Naturally, a few people slammed Geno Doak for taking June off the rails. But someone with a history of drug addiction stood up for June, anyway. They noted, “she is a grown woman and makes her own decisions. ” They also said that “[Geno’s] not the “only one to blame.” The empathetic person said, “I have lived that life and I know what it is like. When you are in the thick of it. All you care about is drugs. And it is AWFUL.”

Some fans expressed their disgust that June seems to still hang with Geno. But, other sharp-eyed followers noted that from the photos that showed Mama June with Geno in late March, he looked a bit healthier too. Some people wondered if he and June possibly went to rehab and now work on their health with Adam. Fans of the show don’t really know, and until the current season ends, it’s not likely June will spill any outcome right now.

What do you think about Mama June exercising again? Does that make you hopeful for the Mama June: From Not To Hot star? Even the fact she got tough with trollers indicates a rediscovered measure of self-respect, perhaps. Sound off your thoughts in the comments below.