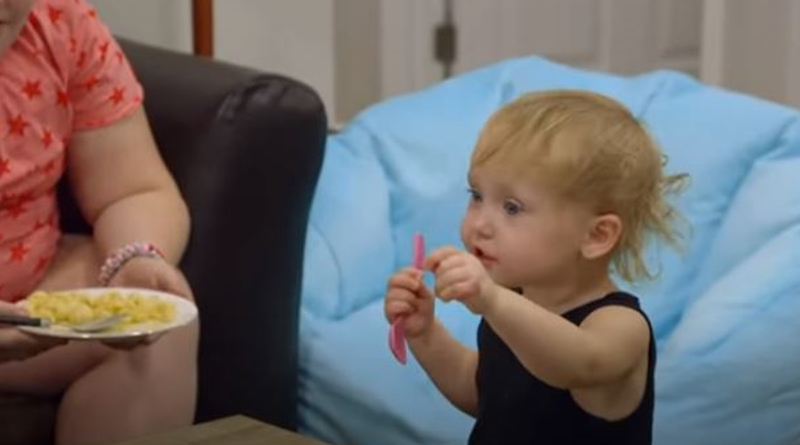 Mama June: From Not To Hot, Family Crisis airs on Fridays on WEtv. Angry fans watch as June’s daughter Alana cries over her mom’s abandonment. And, Pumpkin stresses her mom may even pass away if she continues her current lifestyle. June’s sister, Doe Doe, hunts for her, determined to bring her home for rehab and intervention help. Now, June shared a video clip of her grandchild, Ella Grace, saying that she loves her. Concerned and angry fans slammed her for it.

Mama June: From Not To Hot, Family Crisis – June posts about Ella Grace ahead of next episode

On Wednesday, June took to her Instagram and shared a video clip of her cute grandchild, Ella Grace. Fans know that Ella’s the daughter of Pumpkin, who also took over custody of her little sister, Alana. That came after June sold her home, and she and her boyfriend Geno took off in an RV for a life of gambling, casinos, and presumably drugs. Fans plead with June to return home to her estranged family.

In fact, fans of Mama June: From Not To Hot also plead with her friends to send June home. TV Shows Ace reported that Adam Barta, spotted out with June several times now, also was asked to please help June by talking her into returning home. Since the premiere of the new season of the show, June’s back on social media and acting as if nothing wrong ever happened. Even though the show’s probably scripted to a point, nobody believes her ragged appearance and missing tooth were scripted. They also can’t believe WEtv would construct a story of unpaid bills and domestic fights in hotels just for a show. So, they can’t get over June sharing how she loves Ella Grace.

June may go home in the new season

From the trailer of the show, it looks like June may eventually go home. But, until very recently, outlets like TMZ revealed new incidents. So, clearly the entire thing never was scripted. One of the scenes in the trailer showed ‘Tinks’ (Ella Grace), saying she misses June. It was a sad moment. Fans don’t forget it when little girls get upset over their grandmother disappearing into the wild blue yonder. They won’t easily forget the distress of June’s daughter Alana, just 15 years old, either.

Angry fans of Mama June: From Not To Hot erupted when June shared the video of her grandchild, Ella Grace. The cute video showed the little girl trying on her eyeglasses. June captioned her post with, “Love my Tink ♥️ @ellagraceefird.” Then, she reminded people to tune in on Friday to watch the next episode.

Fans swing between concern and deep anger over June right now. Some plead with her to see the light and reach out for help. Others, incensed, simply slammed her. One fan wrote, “Good Mothering, June. Oh? You may have noticed I left out Mama. Because what kind of mother are you? Despicable.” Then, another one wrote, “u chose geno and drugs [over] her 😳.” One fan gave June a stern talking to and in part, said, “June what about Alana. She is distraught by your non existence. Cmon now how could you put your family through this let alone your soon to be 15 year old daughter?”

What do you think about the star of Mama June: From Not To Hot saying she lives her grandchild, Ella Grace? Do you think she should prove that love by going home to her daughters? Sound off your thoughts in the comments below.