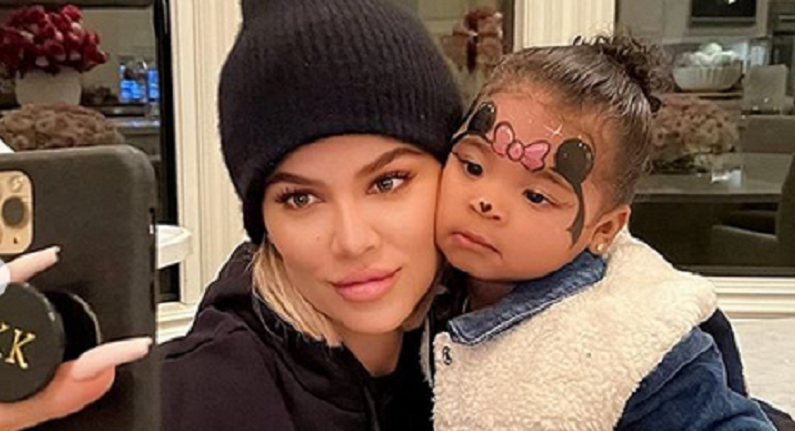 Does Khloe Kardashian want more children? It sure does sound like it. On Thursday night’s episode of Keeping Up With the Kardashians, the reality star addressed the idea of giving her 2-year-old daughter, True, a sibling with ex-boyfriend Tristan Thompson.

Does that mean Khloe wants to get back together with her ex-boyfriend? And, does it mean that she’s finally coming around to her mom, Kris Jenner, who wants more grandchildren? Khloe previously expressed a desire to remain a single mom with an only child. So, what happened? Read on to learn more.

TV Shows Ace previously reported that Khloe Kardashian didn’t want to have more kids. She told Kris that she’ll probably “never date again.” But on Thursday night’s episode of KUWTK, Khloe had an idea when she FaceTimed True’s baby daddy. While going through some of True’s old toys, the basketball player told Khloe not to throw out everything, as per People.

“What happens if we have another girl?” Tristan said. “We have to buy it all over again.”

“Who is having another girl with you?” Khloe asked.

Happy birthday my sweet TuTu!! You are all of my unforgettable memories of the past few years, the precious magical moments of the present and the promise of a happy future. You are literally my entire world! I can’t believe you are TWO!! You make my life complete and I can’t wait to have forever with you!!! Until the end of time; I love you my sweet girl. PS This new face she’s making makes me so happy!

This conversation gave Khloe something to think about. She agreed about the idea of giving True a sibling. That’s when she joked that she should “borrow some sperm or get some from you.”

“We’ll figure that out later. That’s a whole other episode,” Khloe said with a laugh. “So awkward.”

According to Cosmopolitan, Khloe is giving True a sibling any way she knows how. During a previous episode of KUWTK, Kris asked Khloe why she’s not dating anyone. Khloe said she didn’t want to even consider dating again. She also revealed that she’s been single since her ex Tristan Thompson’s cheating scandal with Jordyn Woods. Khloe made it clear that she wanted to be a single mom.

“I’m focused on myself and True and that’s just what I do,” Khloe said. “Who knows, maybe I’ll never date again.”

That’s when Kris suggested that Khloe should start freezing her eggs asap if she wants more children. Khloe wasn’t on board with the idea at first. After she talked to her BFF Malika Haqq, Khloe had a change of thought. The television person later told Kris that she’s going to consider the option “just to get you off my back.” Smooth move.

Just because Khloe wants to give True a sibling doesn’t mean her stance on staying single has changed. She doesn’t understand why people think it’s a big deal when she’s doing fine on her own.

What are your thoughts? Do you think Khloe Kardashian should give True a sibling? Sound off below in the comments section.