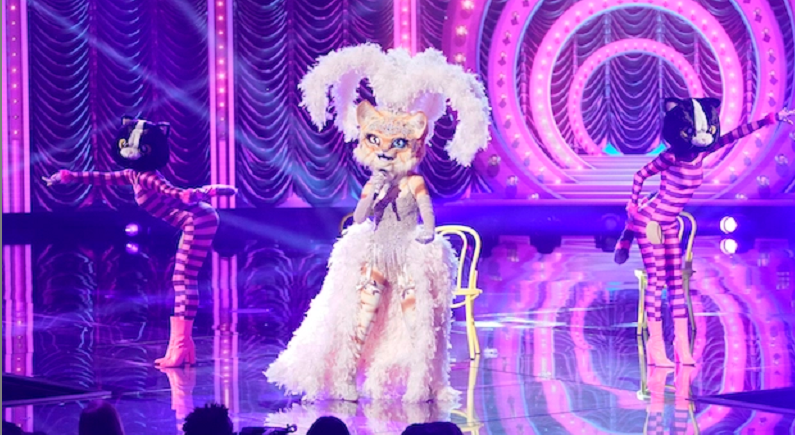 The Masked Singer fans looked forward to a new episode on Wednesday night. However, the singing competition decided to change things up. The show aired an episode for fans to singalong to at home. It was a repeat of performances.

The show featured previous performances from the remaining seven contestants. Viewers at home could sing along to the lyrics posted on the screen.

There were brand-new clues about each of the contestants. But, The Masked Singer viewers still weren’t happy about this episode.

The Masked Singer’s singalong episode comes a week after a two-hour episode. As TV Shows Ace reported, the Kangaroo was eliminated last week. She was revealed to be Kylie Jenner’s former BFF Jordyn Woods. Fans were looking forward to another unmasking on The Masked Singer.

Fans flocked to Twitter to share their disappointment over the singalong episode.  Pop Culture reported others were simply confused.

This sing along show is so dumb. I want to see a new episode, not a repeat of what I’ve already seen. Why are you wasting my time? #TheMaskedSinger

Sooo we don’t get a real episode of #TheMaskedSinger tonight?! Who requested this sing-a-long?! pic.twitter.com/azgzsw2T0B

Y’all this is just a SING-A-LONG?!? #TheMaskedSinger pic.twitter.com/5f9VdAOX2R

Me when I find out no one is getting unmasked… #TheMaskedSinger pic.twitter.com/9ZEbsvSa4p

Nobody….. absolutely nobody asked for this #TheMaskedSinger pic.twitter.com/5GUIWG8m9H

Fans did not like the idea of a sing-along episode. Season 1 and 2 didn’t have a sing-along episode. Fans were not in the mood for an at-home karaoke session. They wanted a brand-new episode with new performances. This is true especially when people are bored and stuck at home. Is the show affected by the pandemic?

There was no reason for Fox to air a sing-along episode. The Masked Singer Season 3 finished filming before the coronavirus issued an industry-wide shutdown of production. But, according to Gold Derby, Fox wanted to spread out the remaining episodes of the series for the next two months.

The show had other plans in mind for Wednesday night’s episode. Some fans felt that the show played a belated April Fool’s Day joke on them. Others joked that they were reliving Bill Murray’s Groundhog Day. It’s clear that fans didn’t like this idea.

Gordon Ramsay first confirmed guest for After the Mask post-show

After the Mask premieres on Wednesday night at 9 p.m. ET, following The Masked Singer. The show starts April 22 and continues through May 13. It replaces Lego Masters, which aired its Season 1 finale last night.

What are your thoughts on The Masked Singer singalong episode? Did you feel that it was a waste of time? Sound off below in the comments section.