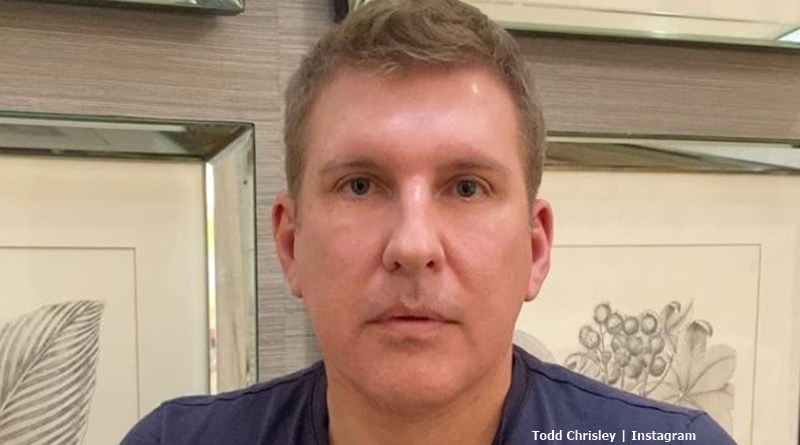 Todd Chrisley treated Easter more like Thanksgiving this year. And, he had a lot celebrate as he told his fans COVID-19’s the worst illness ever. However, he recovered from it and knows how devastating this illness can be. The star of Chrisley Knows Best ended up in the hospital and his family prayed for him so hard. People with antibodies can donate plasma for other sick people, and Todd’s clear now to do the same.

Todd Chrisley updated his fans on his progress after COVID-19

TV Shows Ace reported that on Easter Sunday, he took to Instagram and shared about his progress. There, he said how thankful he felt for his health. And, he seemed very grateful for all the family and friends who prayed for him. Todd also quoted a verse from the bible, and one has to wonder if he held it in his mind as he lay fighting for his life. He wrote, “Trust in the Lord with all your heart and lean not on your understanding. In all your ways acknowledge Him and He will make your paths straight.”

Todd also spoke on his Chrisley Confessions podcast. On Wednesday, he spoke about feeling ever so much better. Plus, he elaborated that his stay in the hospital lasted for a few days. But overall, he fought off the illness for about three weeks. Todd also told his fans that he plans on giving his plasma to those in need. Naturally, Todd hopes his donation makes things easier for others who suffer from the sickness. In fact, he could even help to save some lives.

I Thank you God for my health , my relationship with you and for my family and friends , I celebrate your resurrection and applaud you for your commitment to us all.

E!News noted that Todd’s not comfortable with needles. However, he’ll set that aside and give plasma. He seems extremely pleased others may get over the illness a bit easier than he did. Cleared for donating, he sounds rather keen to help “kick the *ss of “this b*tch trynna shut down the country.” Todd sees some sort of silver lining to CODID-19 as he and his family grew even closer. He said they check up on each other every day.

The patriarch of Chrisley Knows Best, talked about how they now realize just how much they “matter to each other.” Todd Chrisley explained, “maybe that’s part of the plan that God wants to bring us all closer and if that’s it then I’m down for that.” Well, those recipients of Todd’s plasma hopefully recover quicker from the sickness. Actually, those who recover might get anti-bodies which help those fighting off COVID-19. Not everyone can donate as it’s strictly regulated. But, clear for donating, he sounds keen to just get started.

Did you know that Todd Chrisley got so sick from COVID-19 that he ended up in the hospital? Like Todd, do you believe the virus brings people closer? Sound off your thoughts in the comments below.

Remember to check back with TV Shows Ace often for more news about Todd Chrisley and his family.