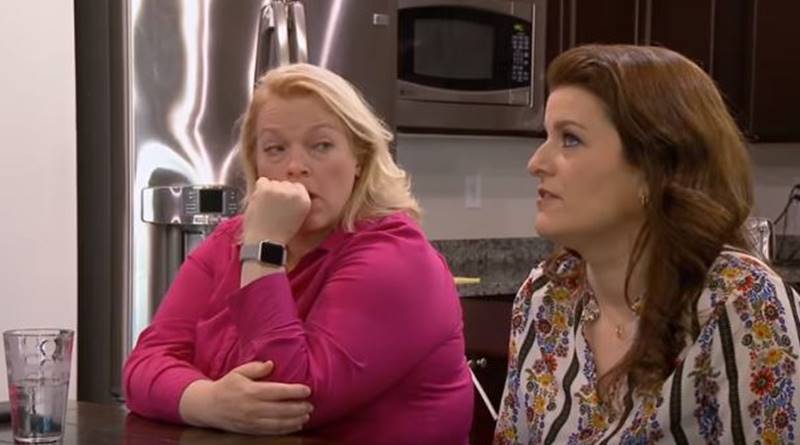 Sister Wives‘ fans know from historical shows, that Kody Brown enjoys Janelle as a good friend. But obviously, there’s a physical attraction as well. After all, they produced six kids: Madison, Savanah, Logan, Hunter, Garrison, and Gabriel. Plus, fans know from the recent season, that Janelle still goes out for date nights with Kody. Now, she revealed that Kody has a term of endearment for her as well as Robyn.

In the season that ended this weekend, fans saw the wives and Kody argue non-stop about his proposal they all move into a giant home. Janelle seemed the most enthusiastic. We noted that Meri seemed unmoved either way. But, Robyn and Christine vigorously opposed it. And, the two women raised the argument about date nights, TV Shows Ace reported. In the show, it seems that watching Kody go off on date nights with the other wives would be hard to cope with.

Sister Wives fans felt that the family live a polygamous lifestyle, but seem to pretend Kody has no intimate relationship with the others. Of interest, in a confessional conversation, Janelle said, “Don’t look out the d*mn door if you don’t want to see … Kody leaving with another wife on a date.’ “Kody liked Janelle’s call on it on his Twitter. He wrote, “Yeah! @JanelleBrown117. If you don’t want to see me leave with the other wife, don’t look out the window. #SisterWives.” So, obviously, Janelle and Kody do the date night thing still.

I'm trying to do something here. Why so much ridicule?

Yeah! @JanelleBrown117
If you don't want to see me leave with the other wife, don't look out the window.#SisterWives

What term of endearment does Kody use for Janelle?

Fans already know that on the show, Kody seldom calls his wives by any term of endearment. But, they noted he calls Robyn his “Love.” Now, Janelle revealed that he also has a term of endearment for her. On her Twitter, a fan asked her why Kody calls Robyn “Love” and if he calls the other wives any special name.  Janelle replied, saying that Kody calls her “Sweetheart.” She also added, “I wouldn’t want to be called ‘love.'” Naturally, other fans wondered what Kody calls the other wives. One even wondered if he sometimes gets confused and uses the wrong name at times, InTouch Weekly observed.

He calls me sweetheart. I wouldn’t want to be called “love” https://t.co/uwdWUqVfDj

Actually, when Kody introduced the family in an early episode, he also called his daughter Mariah “Sweetheart.” But in a 2011 episode, he called Meri “The Bait” that enticed him into the polygamous faith. Maybe he stills calls her “The Bait?” But, as all the fans of Sister Wives know, they don’t get on anymore at all. Probably he calls her by no term of endearment these days.

Now we know that Kody calls Janelle “Sweetheart,” and Robyn, “Love,” did you ever hear Kody say a term of endearment to Christine or Meri? Let us know in the comments below.