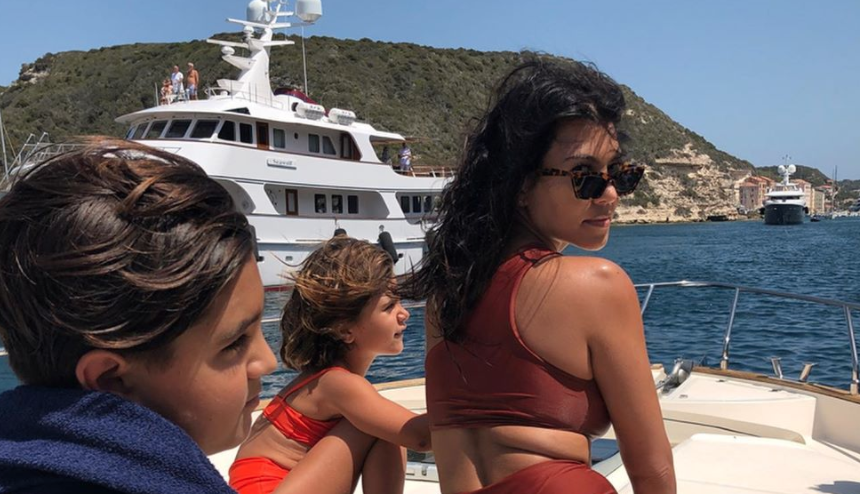 Kourtney Kardashian has had her fair share of mommy shaming. Now, an old subject is being brought to light again. Her son Reign’s long hair.

Kourtney posted on Instagram about her Easter with her family. In the post, there was a video of Reign, who as everyone knows, has very long hair. According to People, a troll commented saying she needs to cut her son’s hair. This is something that Kourtney has been told time and time again on the social platform, so it really comes as no surprise that the ridicule is back.

“Bruh cut your son hair…smh,” the fan wrote on the post.

Kourtney came back with a comment plus a little bit of fun.

“Most gorgeous hair on Earth.”

“Anyone who says otherwise ABCDEFG,” she wrote.

ABCDEFG is, of course, Kourtney’s catchphrase which has become wildly popular from the video creation app, TikTok. Even Kris Jenner and Kylie Jenner recreated this iconic scene on the app. So, the fact that Kourtney threw this in there makes it even better that she commented at all.

Honestly, you have to admire Kourtney. She makes a lot of interesting parenting choices, but she also has to put up with a lot more than other moms do since she’s always in the public eye. She generally handles all the judgment pretty well though and even has the ability to throw some humor in.

And, let’s be real, Reign’s hair is really pretty. Not to mention, if he likes it, then there’s no reason to cut it.

Since Kourtney is so invested in her kids, she has decided to leave KUWTK. Well, kind of. She’s really just stepping back and only letting the cameras come to what she thinks is really important. Her presence will be missed, but we are seeing more of some other people on the show now. Malika and Scott have made huge appearances whereas before, they were only there sometimes. It even seems like we may get to see more of Kendall and Kylie. Since they are so much younger, they have a lot of different things going on from their older siblings.

Do you agree with Kourtney Kardashian and her decision to keep her son’s hair long? Let us know what you think in the comments below. Be sure to watch new episodes of KUWTK every Thursday night when they air on E!. You don’t want to miss any of the crazy family drama.