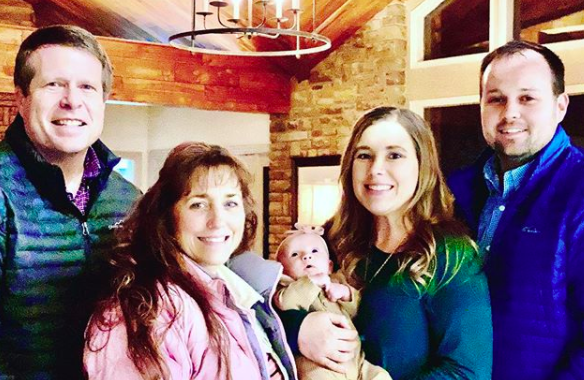 Josh Duggar is making headlines yet again for his molestation scandal. Thankfully it is not a new case, but rather just a new issue.

As many of us know, Josh Duggar admitted in 2015 to inappropriately touching multiple girls. He did this as a teenager, and his victims even included his own sisters. Despite Josh being booted from television, it turns out the legal battle around his scandal is still waging on.

According to The Hollywood Gossip, the Arkansas Court of Appeals upheld a lower court’s decision that dismissed most of a lawsuit Duggar filed against city and county officials a little over two years ago.

In July 2017, Josh’s lawyers filed the lawsuit in U.S. District Court, claiming that revealing the records to the public violated Duggar’s right to due process and invaded his privacy. Duggar claimed officials released documents to InTouch Weekly after the tabloid filed a state Freedom of Information Act request.

Josh’s lawsuit challenged this release. He argued those records should never have been released since they were about his sisters as minors.

In 2018, however, a judge dismissed Josh’s assertions. And now an appeals court has upheld this dismissal. The court found that a state law Duggar cited actually did not prohibit the release of the papers. This is because Josh wasn’t a juvenile at the time of the molestation investigation.

Duggar was asking for $75,000 in damages, legal fees, and a jury trial through this filing. But he will probably not get any of that.

Police looked into the allegations of sexual abuse against Josh Duggar in 2006, regarding incidents that happened in 2002-2003. But, there were no charges filed.

In 2015, after the news reports came out, Josh publicly apologized. Additionally, Jim Bob Duggar, Michelle Duggar and two of Josh’s sisters confirmed the molestation. TLC then canceled 19 Kids and Counting in 2015 in response to all of the controversy.

There is no debate on whether the molestation did happen, sadly it most definitely did. The only debate is whether the records should have been released revealing this information to the public 10 years later.

Josh Duggar’s long list of scandals has been growing since 2015. In addition to molestation, one of the most well known is his cheating scandal. Josh had an account with Ashley Madison, which is a website intended for cheating outside of your marriage. Josh then confessed to cheating on wife Anna after he was caught.

I personally feel the most for his wife Anna. She is trapped in the middle of it all with no escape, because of her strict religious beliefs.

Keep checking back in with TV Shows Ace for all your latest Duggar news!