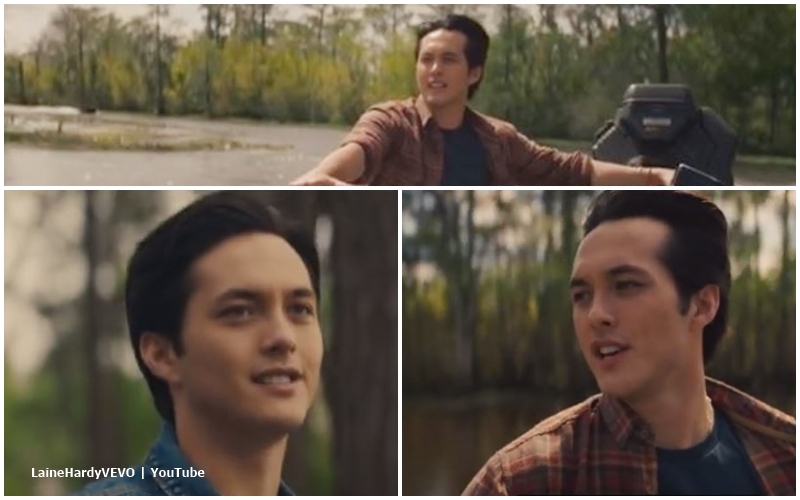 American Idol fans waited since what feels like forever for Laine Hardy to deliver more music after he released his first original song, “Flame.” He’s working on an album and promised fans more new music. On April 10, he dropped an official video for Ground I Grew Up On, and that came hours after the audio for Let There Be Country. Fans on YouTube reacted and the indications they already love these tracks became apparent. Over on Instagram, many others applauded him.

TV Shows Ace reported in January, that the new season of the ABC show would soon premiere. At the same time, Laine promised his fans more music. However, he knew they grew impatient. And, it seemed he’s confident singing covers by other artists but struggled with generating his own tracks. Back then, the Louisana Livingston Weekend reported that  he’s “got a lot of music in [him],” but writing new songs is a challenge.” Now, he satisfied a lot of his fans by dropping the new tracks on YouTube within hours of each other.

The winner of last year’s American Idol took to his Instagram and announced the music up on the various platforms like Spotify and YouTube. Accompanying a short clip, he noted, “I am so excited to finally be able to release this new music! I hope these songs give you an idea of ​​where I grew up on the Bayou.” He talked about “running through the fields with my cousins ​​and fishing on Lake Maurepas.” Proudly from Louisiana, Laine reminded fans it holds a special place in his heart. He added, “I want to just keep making Louisianans proud.”

Fans react to the new music by Laine Hardy

Fans reacted on Laine’s Instagram and here’s what some people said:

I am so excited to finally be able to release this new music! I hope these songs give you an idea of where I grew up on the Bayou, running through the fields with my cousins and fishing on Lake Maurepas. ⁣ ⁣ Louisiana is always going to be in my heart, and I want to just keep making Louisianans proud. Hit the link in my bio to watch the video and listen to #LetThereBeCountry and #GroundIGrewUpOn

Meanwhile, on YouTube, fans seemed immediately in love with Ground I Grew Up On. Definitely a country number, it’s one of those tunes that makes people want to dance and tap their toes. Recall that Laine dropped his first song, Flame at the finale of American Idol. Some fans feared he moved away from country too far. But, Gold Derby reported most fans enjoyed the song anyway. Well, they agree this new music seems right up his street. One fan said, “now THIS is the laine i became a fan of!! so proud of you for staying with your roots and staying grounded!!”

Fans also enjoyed the audio for Let There Be Country

American Idol fans who listened to the audio for Let there be Country enjoyed that as well. Laine said on that post, “My family is all staying home together, including my cousin who is also my drummer. Makes sense to make some music while we’re at it.” Well, fans hope they keep on making much more music together.

What do you think of the new video that Laine Hardy dropped for his fans? Do you love it? Sound off your thoughts in the comments below.