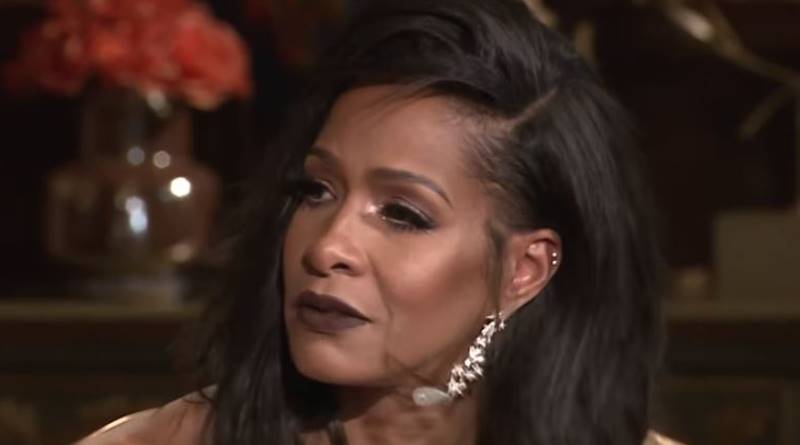 RHOA alum, Shereé Whitfield’s mom’s been missing for a while now, and she took to Instagram to explain how worried the family members are. Apparently, her mom goes off now and then on her own vacations. But this time, she never called anyone. Shereé’s so worried that she filed a missing person’s report with the police. Fans reacted to the worrying news.

Shereé Whitfield is desperate for news about her mom

TV Shows Ace often reports on Bravo’s Real Housewives of Atlanta, but seldom is the news as concerning as Shereé’s mom going missing.  Shereé posted a long note on Instagram on Wednesday, explaining why she’s so very concerned. Usually private when it comes to her family, Shereé begged her fans for prayers. She said, “Please keep my mom and my family in your prayers! We all know that prayers can move mountains!!!” Then she called in fans who might know anything to contact the authorities.

The RHOA alum explained that “in the past, [her] mom[took] personal vacations without letting the family know.” While they “respect that,” she feels very fearful right now. Shereé said, “this is the longest she [went] without reaching out to anyone from the  family or her friends.”

Then she explained, “right now we are leaning on God.” They stay “positive and prayerful for her safe return home.” She believes that “prayer in numbers work.”

People reminded readers that Shereé’s mom’s name is  Thelma Ferguson. Meanwhile, the Atlanta Journal Constitution (AJC), said that police confirmed the missing person’s report. She’s been missing since March 23. Apparently, she left her home in Sandy Springs on her way to the bank. “Ferguson [wore] gray pants and a black shirt.” She drove “a gray 2009 Honda Accord with Georgia tag RMZ5773,” they wrote.

Real Housewives of Atlanta fans reacted to the news with sorrow. Many people said they’ll definitely pray for the RHOA alum’s mom’s safe return. One said, “Praying for your mothers return and safety.🙏🏽 and that you hear from her shortly after this post 🙏🏽🙏🏽🙏🏽❤️.”

Another RHOA fan commented, “We will keep you and mom in our prayers. Love you girl.” Judging from the comments, plenty of people join Shereé in prayers for her mom’s safety.  She asked people with information to contact the following: “Sandy Springs police at 770-551-6923 or email …rgehricke@sandyspringsga.gov.”

Please keep my mom and my family in your prayers! We all know that prayers can move mountains!!! I was hesitant to post my concerns for my mother's safe return because, although I have been in close contact with the police for the past two weeks, I'm also pretty private when it comes to my family. Also, in the past, my mom has taken personal vacations without letting the family know and we respect that side of her. However, this is the longest she have gone without reaching out to anyone from the family or her friends. Right now we are leaning on God and staying positive and prayerful for her safe return home. HOME is where the HEART is and prayer in numbers work. As we all continue to navigate through these uncertain times, remember the blessings of having each other…. Family is everything! I ask that everyone pray for my mother’s safe return home. And know that our family will be internally grateful. 🙏🏽🙏🏽 **If anyone has any information we ask that you please call Sandy Springs police at 770-551-6923 or email the detective handling the missing persons case at rgehricke@sandyspringsga.gov. 🙏🏾 Thank you!

Remember to check back with TV Shows  Ace often for more news about Shereé Whitfield’s mom, and other cast members of RHOA.