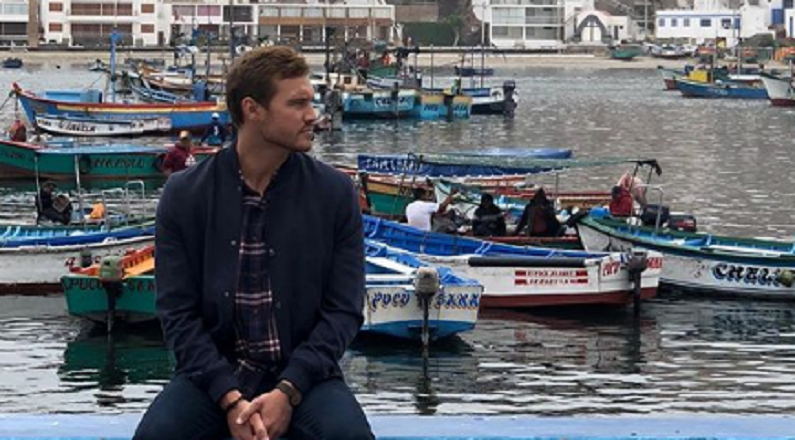 Peter Weber appears to be doing better now than he was on his season of The Bachelor. From the beginning of Season 24, he made it clear that he didn’t want to be remembered for that infamous windmill moment with Hannah Brown. He hoped that his journey would turn into an epic love story.

Of course, that wasn’t the case. Peter’s season was packed with drama and was met with more turbulence than anticipated. After an exhausting season, Peter ended up a single man. But is he really single these days? Regardless of what happened, Pilot Pete is still hopeful about finding love again.

How is Peter Weber feeling after the Bachelor finale?

Peter Weber didn’t go on a press tour after The Bachelor ended. His journey has been hard on him. Thankfully, Pilot Pete has had plenty of time to reflect back on his season. Bachelor Nation’s Ben Higgins and Ashley Iaconetti interviewed Peter on their Almost Famous podcast. The commercial pilot revealed what he’s been up to since then.

“I am doing good. I really am,” Peter said. “It’s obviously been quite the whirlwind for me the past year. Just kind of looking back on everything, it’s kind of funny to think I’ve been in this … dating world through The Bachelor and The Bachelorette for over a year now. Obviously, it ended a couple of weeks ago. Things are still going strong. I know people are still talking.”

Peter has also had to grow a thick skin since appearing on The Bachelor. While he appreciates the experience, he admits that it’s been difficult. But he has a newfound appreciation for life. Peter has also grown a lot from his journey and wants to change.

“Every day I wake up extremely grateful for the opportunity I had to be on The Bachelorette and then be the bachelor and look for the girl of my dreams,” Peter explained. “I don’t regret it. I’ve had a lot of time to reflect on everything that has transpired – the good decisions I made, the poor decisions I made – and try to grow from that and become a better person moving forward.”

He addressed the quarantine and calls it a “weird time we’re living in.” But he’s doing good and he’s feeling hopeful. It’s likely that Peter still has hope about finding love once again.

Who is the former Bachelor dating these days?

It appeared that Peter Weber was left single after The Bachelor finale. He’s been in quarantine with Kelley Flanagan. It’s clear that the couple had undeniable chemistry on the show. It’s no wonder why they’ve reconnected. While he’s been spending a lot of time with Kelley, he confirmed that they’re not dating.

However, Kelley and Peter teased that they had “crushes” on each other on the podcast. That doesn’t mean they want to change things anytime soon.

“I am the first person to admit that I have been through so much,” Peter said. “The last thing I need is to jump into another relationship.”

Peter remains hopeful and is open to whatever happens. During his interview with Becca Kufrin and Rachel Lindsay on the Bachelor Happy Hour podcast, he shared his hopes for the future. He’s still as hopeful as he was when The Bachelor started.

“And I’ve always said, I’m not a hopeless romantic because I’m the kind of romantic that never loses hope,” Peter said. “I still have that mindset that the next person is going to be my girl. And if I can still feel that way after what I just went through, hopefully, that can inspire people in a way I didn’t think was possible at the beginning of the season.”

What are your thoughts on Peter Weber’s interview? Do you think he’ll find love again? Sound off below in the comments section.

Farrah Abraham Flashes Bare Booty, Gets Candid About Plastic Surgery
TLC: ‘Say Yes To The Dress’ Meets ‘Seeking Sister Wife’ In New Episode?
Kyle Richards Calls Out Lisa Vanderpump: ‘Give It A Rest’
‘The Young and the Restless’ Spoilers, August 2-6: Phyllis Gets Everything She Needs
Clare Crawley Commemorates One Year With Dale Moss