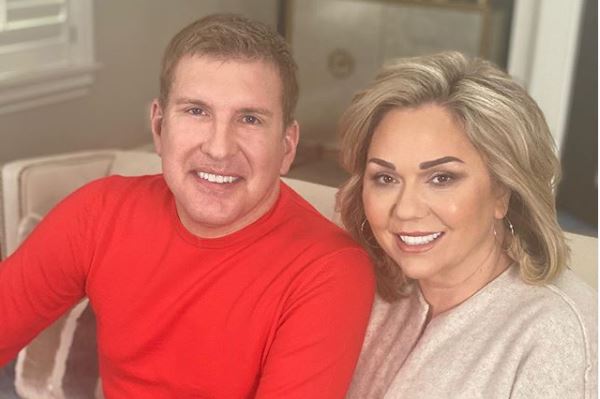 Todd Chrisley of Chrisley Knows Best is now recovering from the coronavirus according to his brother Randy. His brother is in a Chrisley fan group on Facebook and has been sharing details today about what is going on. Todd also talked about it on his podcast.

Todd Chrisley shares on the podcast

Julie and Todd have a podcast called Chrisley Confessions. In this week’s episode, he revealed that he has been getting over the coronavirus.  Fans didn’t even know he had it so this shocked everyone.

Julie and I join you from our home, as I update you on my recovery process and more tax law updates. PLUS your calls about faith, deadbeat friends, and difficult marriages. #chrisleyconfessions GO LISTEN! @applepodcasts

It starts out with Todd Chrisley talking about coronavirus. He said he has had it for three weeks and was in the hospital for 4 and a half days. His fever went from 100 up to 103. Todd says this was the sickest he has ever been in his life. He went on to explain how bad he feels like it would be for someone who is elderly. Todd for some reason didn’t tell everyone he was sick until he was getting better.

Julie went on to talk about how she wants everyone to take it very seriously. She wants everyone to stay in if possible and also practice social distancing. Todd said that he isn’t going anywhere at all. They did tell him that since he has had it that he shouldn’t get it again. He is also getting better every single day. Todd said he is at about 75% well now. Julie and Savannah were not able to be at the hospital with him, but were calling nonstop. Savannah even sent pizza to everyone at the hospital floor that he was on.

Randy shared about Todd saying, “Wanted to let everyone know that Todd does have the Coronavirus. He was in the hospital for two days then released to go home. He’s has been sick for about two weeks and is still every week. He is getting better everyday but could use everyone’s prayers until he is completely well. Thanks for all your support and everyone stay safe.”

The comments are going crazy with fans worried about Todd Chrisley. They are sending their prayers and thoughts to him in this time. It is great to hear that he is doing better.

Don’t miss new episodes of Chrisley Knows Best when it returns to USA Network with new episodes. They have already revealed that they will be out later this year. If you can’t wait, repeats also air all the time.