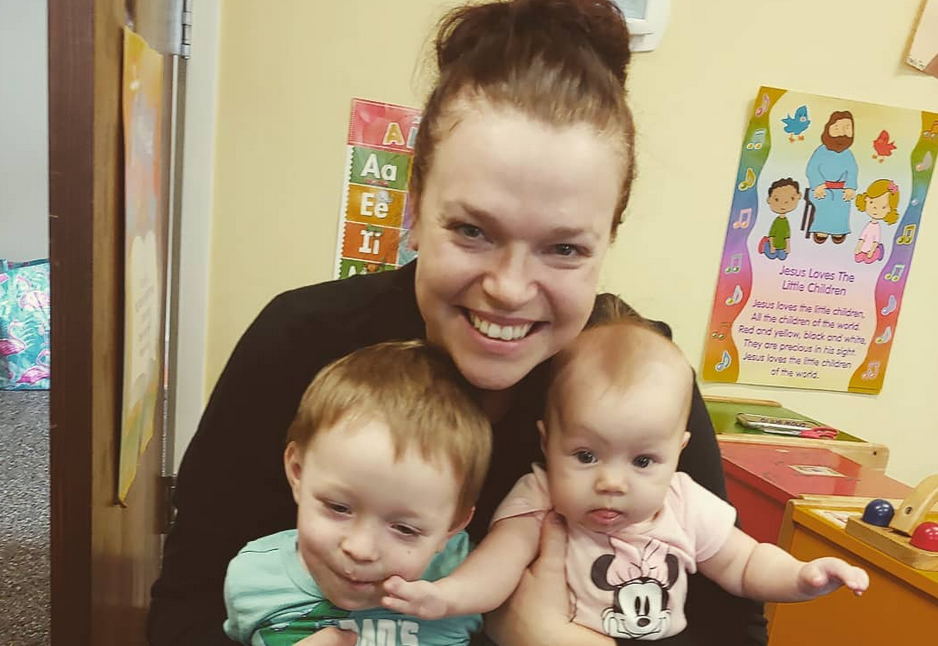 Sister Wives fans know that Maddie Brown Brush’s daughter has a rare medical condition. While Maddie was pregnant, her daughter was diagnosed with fibular aplasia, tibial campomelia and oligosyndactyly (FATCO) syndrome. When Evangalynn was born, Maddie was anxious about opening up. The baby was born in August, but Maddie didn’t talk about the diagnosis until October.

Maddie finally shared about Evie’s diagnosis, writing, “Caleb and I found out our precious little girl was missing more than just one finger. She was missing three fingers, a toe and her fibula. She also had a bowed tibia, a shortened forearm and some fusing in her fingers. It was at this point, the doctors diagnosed her with FATCO syndrome.”

As Evie has grown, Maddie has shared updates on her progress. She seems to be making some good progress and hitting milestones. Now, Maddie is sharing more details about Evie’s diagnosis.

In a new social media post, Maddie talks about Evie’s diagnosis. She also shares that she was blindsided. Maddie starts off her post by sharing that limb difference wasn’t on her radar. She wasn’t expecting it at all.

Then, she talks about starting to feeling guilty. She talks about asking herself what she did wrong. She remembers thinking she ate something she shouldn’t have or didn’t get enough exercise. Then, she says, “I was sad and immediately started thinking about how different her life might be than what I expected.” Through this, the Sister Wives star went through a “whirlwind of emotions.” Even though Evie’s internal organs are okay, and she’s fairly healthy, Maddie was distracted by the diagnosis. Eventually, things turned around when she realized that she should be grateful.

In her post, she also talks about what helped her and is still helping her. Maddie writes, “After Evie was born Jan Reeves @bjrorg told me that IT WAS OK TO MOURN THE LIFE I THOUGHT EVIE WOULD HAVE.” The organization Born Just Right seems to play a big role in Maddie’s life. It’s an organization for kids with disabilities. It seems like Maddie uses their resources to navigate life with a child with disabilities.

Since Maddie is sharing so openly, Sister Wives fans are giving her a lot of love and encouragement. They know it was hard for her to open up about her daughter’s diagnosis. But, they appreciate the details about the diagnosis and how Maddie shared it. Fans in the comments section of her post are talking about their own similar experiences, so everyone feels less alone.

I remember getting out of the anatomy ultrasound in shock. #limbdifference was so not on my radar. I was blindsided by it. I couldn't even pronounce #olygodactyly or #syndactyly correctly. . . Once the shock wore off I felt guilty. I wondered if I had done something wrong. Did I eat something wrong? Did I not provide enough circulation? Did I sit around too much? All the things ran through my head. I was sad and immediately started thinking about how different her life might be than what I expected. (I think EVERY parent does this throughout their child's life though.) I then felt more guilt that I was even so upset. I kept reminding myself that things could be a lot worse. I felt frustrated that I was even so upset when all her major organs we're looking normal and healthy. It was a whirlwind of emotions that I made myself shut up and be grateful that everything else looked ok. . After Evie was born Jan Reeves @bjrorg told me that IT WAS OK TO MOURN THE LIFE I THOUGHT EVIE WOULD HAVE. Those are words I think EVERY parent needs, especially those parents who parent children with a little extraness. After the ultrasound that was the firs time I allowed myself to really have a feeling on it other than "it is what it is." We all want to give our children the best fighting chance. Most times that best fighting chance is different that what we think it should be. Evie's life will look different than I thought and that's OK. She was #bornjustright to live the life that gives her the best fighting chance. . . . #bornjustright #limbdifferenceawareness #limbdifferencepride #luckyfinsrock #advocatelikeamother #FATCO

So, what do you think of Maddie’s new post? Do you appreciate these details and her honesty? Share your thoughts below.