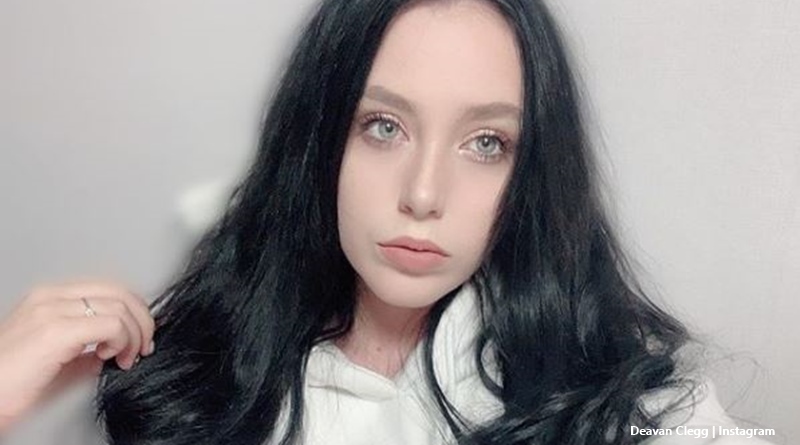 90 Day Fiance star Deavan Clegg featured on The Other Way, Season 1. Later, she started up her YouTube vlog and sharted sharing more about her life with Jihoon in Korea. Often, she shares interesting behind the scenes information and how things pan out for them as a couple. Recently, she opened up about her previous abusive relationship. However, haters troll on her mom for it. Many fans think that’s way low and out of line.

When fans saw Deavan in The Other Way, they wondered who the father of her daughter was. They knew that Jihoon never sired Drascilla. She hinted that previously she came from an abusive relationship. After fans desired more info about it, she finally took to her newish YouTube channel that she started in July last year. Partly, she opened up about it because so many people suffered from abuse and stay in the relationship. Many fans feel she did a good thing bringing awareness.

In fact, when she posted it up on Saturday, the 90 Day Fiance alum noted she won’t get any monetized payment for it. She wrote, “This video has been demonetized, meaning youtube will not promote it and show it to the world because it is not add friendly. Please share this video so more people can hear it and get help.” In the video, Deavan spoke about living in an abusive relationship and escaping it. Many fans loved it and thanked her for her transparency. But later, news came that her mom’s getting hate for it.

Rather sadly, Deavan took to her Instagram afterward and pointed out that haters slam her mom for the abusive situation. She shared a post that said that people attack her mom. But, she noted her mom “didn’t know the level of abuse until after [she] left.” Then, she added, “She did everything in her power to try and get me to leave my abuser.” Deavan’s post ended with, “Please stop messaging her and sending her hate.” In her caption, Deavan noted, “Bullying is not the answer. It makes you no better than the abuser. So let’s only send love.”

Fans reacted and some of them seem horrified that this sort of hate goes on. One 90 Day Fiance follower wrote, “I’m sure woman who have or are going through what you went through thank you! That took courage and for that your amazing! (sic).” Then, another supporter chipped in with, “Im a domestic abuse survivor too. People don’t understand what it’s like unless they’ve lived it or had a loved one in that situation. It’s not as simple as they think..”

Despite the good intentions of Deavan, haters persisted in trolling on her for the abuse vlog. Actually, some fans wonder how mature these haters are. They come out as totally self-absorbed and juvenile. One hater wrote, “KEEP YOUR BUSINESS TO YOURSELF AND THAT WON’T HAPPEN. THIS is social media. Ppl will comment what they want. Only way to avoid is keep it private. If you put your business out u gotta expect hate.”

Rather more mature fans of 90 Day Fiance slammed them. One follower wrote, “She shouldn’t have to keep her experience of abuse private. Society is absolutely blind to this problem and there should be more awareness put out in the world!” When the troll responded by saying it’s social media and people can hate if they like, another fan slapped back with, “This IS social media. Not a bully board where ppl behind a keyboard can come on and bully someone for not handling something the way they might have.”

What do you think about Deavan Clegg’s mom getting hate because she shared an awareness vlog about abusive relationships? Do you agree it’s out of line? Sound off your thoughts in the comments below.

Is ‘Below Deck’ Star Captain Lee Still Friendly With Kate Chastain?
‘Extreme Sisters’ Jessica & Christina & The Man Between Them
Chase Chrisley Says Thanks For Putting Up With All Our Sh*t
’90 Day Fiance’: Maxwell Jessen Interviews A Politican
‘RHOA’ Star Porsha Williams Is Engaged & ‘Crazy In Love’ With Simon