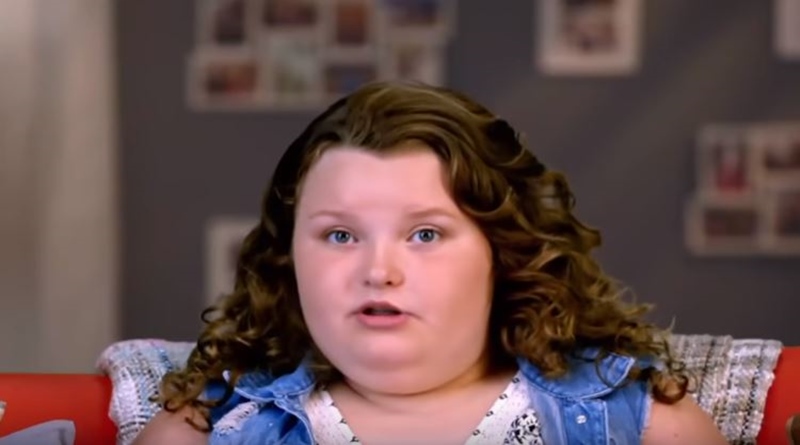 Mama June fans know she returned to social media just ahead of the new season of From Not To Hot: Family Crisis. Actually she takes a lot of flack there for doing her BoomBod promos. But, she also does Cameos and pulls in cash by selling things on Facebook Marketplace. Plus, her daughter Pumpkin’s into Cameos as well. Now, Alana (Honey Boo Boo), also jumped in on the Cameo cash-wagon.

TV Shows Ace reported that it looks like Mama June’s trying to get back to earning some cash with her Instagram promos. But, notably, she also signed up to do Cameos. Over on Cameo.com, she charges $25 a pop. Pumpkin makes really good money over on the site as well, The Blast reported. They also spoke to a source who told them that’s precisely why Alana decided to hop on there as well.

So far, Alana’s done five Cameos, including her intro. She’s gotten a 5-star rating for posting her shoutouts. Mama June on Cameo doesn’t seem totally successful. Actually, she got one review, according to the page as of April 2020. Meanwhile, Pumpkin’s got four reviews and earned herself five stars. Actually, the current season looks immensely popular, so it’s no wonder they’re getting attention with their Cameos too.

Over on her Instagram, June sailed back onto social media as though nothing ever happened. Fans can recall she sold the house, took off with Geno Doak and spent months living in casinos and hotels. She got so short of cash that TMZ reported she couldn’t make a  full payment for a hotel and got booted. Plus, she became estranged from her daughters. Perhaps things play out on the season and fans get updates on that situation.

The Blast notes though, that she’s not with her daughters right now. They mentioned that Mama June’s actually still hunkering down in a hotel with Geno to see out the social distancing period. On her Instagram, June posted up about the coronavirus lockdowns. She said, “I hope everyone is staying safe out there this is a scary time.” Then she told everyone not to believe “everything you read.” She said that they currently stay “inside” and they “hope you are too.”

I hope everyone is staying safe out there this is a scary time. News keeps posting old pics of us and you can’t believe everything you read. We’re staying safe inside and we hope you are too.

What do you think about Mama June, Pumpkin, and now Alana going onto Cameo.com? Do you think it’s just fine for Honey Boo Boo to climb in on the cash-wagon? Sound off your thoughts in the comments below.

Remember to check back with TV Shows Ace often for more news about Alana, Mama June, and Pumpkin from WEtv’s Mama June: From Not To Hot.