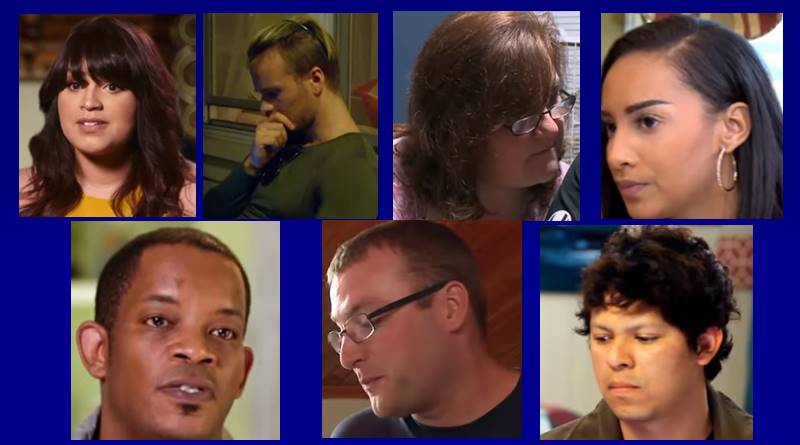 90 Day Fiance fans heard that the Tell All for Before The 90 Days got canceled. Sharp Entertainment couldn’t film it because of the coronavirus. At the time, they suggested they might try an alternative approach in time. But many fans hoped that somehow the TLC show could cobble something together. And, they delivered. A new spin-off titled 90 Day Fiance: Self-Quarantined comes on April 20. And, 40 stars feature in it.

TV Shows Ace reported that when the announcement about the cancelation of the Tell-All came out, hints that something could be put out emerged. In fact, plenty of footage must exist that they can use to c0bble something together. Now, TLC announced the new spin-off includes 40 former cast members. People reported that TLC put out a statement saying that this time, the show focuses on the people living life amid the coronavirus pandemic.

Their statement said, “Over the past six years, TLC…traversed 34 countries around the globe to capture couples as they’ve battled distance and obstacles along their path to love.” They also noted that right now, “like the rest of us, they’ve never endured a challenge quite like this.” So, the show brings interviews and background snippets of former cast members to keep fans of 90 Day Fiance entertained. Many fans greeted the news with joy. @fraudedbytlc on Instagram shared the news over there, so people had their say.

The cast for the new’ Self-Quarantined’ spin-off

E!News reported about some of the couples that fans of the show expect will appear. These include hugely popular Dean, who appeared on Pillow Talk with Tariq. You may not recall Alan and Kirlyam but they featured on both the original show and on What Now? Familiar names include Darcey Silva and Jesse Meester, which didn’t thrill so many fans of the franchise. But, there’s also more coming from Tiffany and Ronald of The Other Way. Newcomers Michael and Juliana from the last season of the show reappear. And, Danielle Jbali makes a return to the screen as well.

Other 90 Day Fiance stars you’ll see are Emily Larina and Sasha (Alex). Fans know Sasha’s been very ill with a suspected case of the coronavirus. Beekeepers Anna and Mursel also feature. On her Instagram, it seems they live happily right now. Meanwhile, Elizabeth and Andrei, who recently featured on Pillow Talk come back to the screen. Patrick, Benjamin, Akinyi, David and Annie, Cortney, Yamir, Jon and Rachel are other names. The list continues with people like Caesar Mack, Robert and Annie, Brett, and many more.

The 5-episode show covers the way these people live right now as they deal with the “unfathomable challenge of the global coronavirus pandemic.”

What do you think about the new spin-off? It airs at 9 pm on April 20 on TLC. Are you excited to see a new angle in 90 Day Fiance: Self-Quarantined? Sound off your thoughts in the comments below.