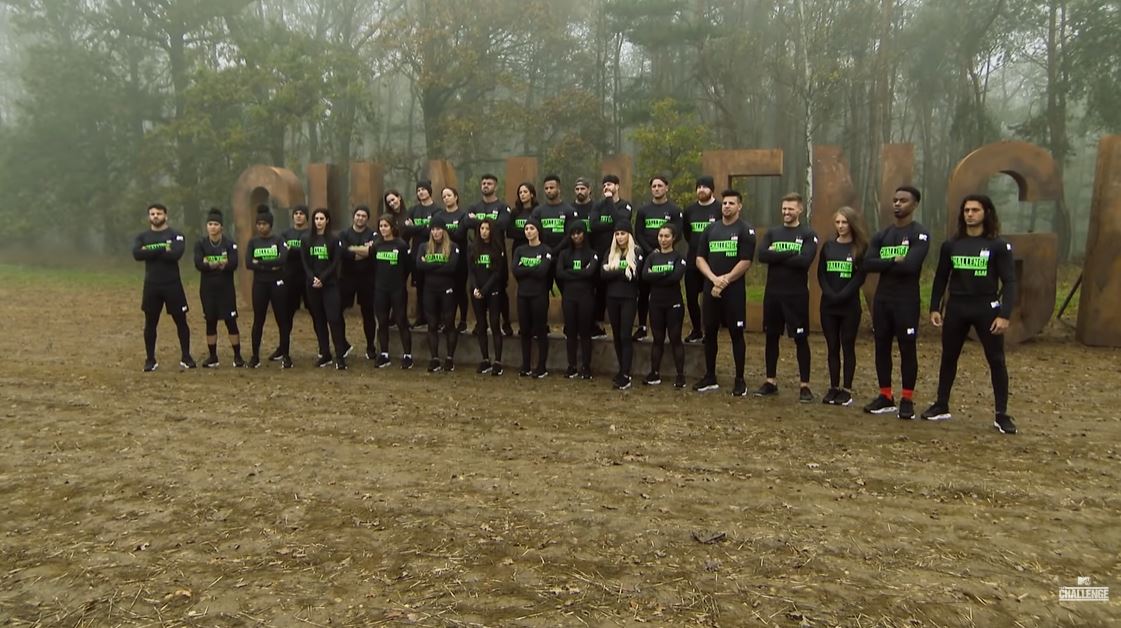 April 1st was the premiere of MTV’s The Challenge and it has fans blowing up social media everywhere! The episode started with a crazy challenge that included pulling a barrel attached to a thick chain through a field. TJ Lavin, the show’s host, drove a tank back and forth across the field. TJ used this tank to crush their barrels if they weren’t pulling them fast enough.

After the challenge was over, the two winners, one for the men and one for the women, picked a third person. These three people were given safety for the week and the power to choose who would go face to face with this week’s nominee.

The Challenge 35 brings together two rivals

In seasons past, we have seen our fair share of rivalries. None of them compare to the rivalry between Wes Bergman and Johnny Bananas. These two can barely be in the same room together without wanting to rip each other’s heads off, but last night was different.

In the premiere of The Challenge. Asaf, who was leading the nomination vote, called out Wes for his gameplay. He told Wes that he thought he was being very snake-like, but Wes denied this claim. Wes then went on the defense which boiled over after the nominations concluded. Johnny goes over to Wes and gives him a hug!

Will this alliance on The Challenge 35 last? Only time will tell, but a lot of people think that this could be the most genius move. In an interview with HollywoodLife.com, Johnny explained, “I was looking at it like…two of the biggest names in the show, and two of the most dominant, strategic thinkers in the game, just got eliminated within the first four episodes. That’s an embarrassment and slap in the face and wake up call for us to change things up.”

At the end of the episode, after the first guys elimination happened, TJ Lavin announced this season’s twist. After Jay Starrett defeated Asaf Goren in purgatory, TJ revealed what the brands on their helmets meant. He said some of them have skulls and some of them have daggers. Daggers represent championships won and skulls represent eliminations won. Jay would be getting a brand of his own now, a red skull. This red skull represents elimination rounds won this season.

TJ told the competitors that he didn’t like that there had been winners in the past that skated by. He revealed that the twist this season was the only people that qualified for the final round were competitors that earned a red skull. This had the competitors pumped, but how will this change the game? Instead of hiding from purgatory, competitors are going to be volunteering to go in. This is going to make for some fierce competitions. Are you ready?

What Is Hazel Busby Up To That Grossed Out Her Mom This Weekend?
Is Alan Bersten A Bad Boy Outside Of The Ballroom?
Lauren Burnham Shares Feelings About Possible C-Section For Twins
Is TLC Inadvertently Funding Josh Duggar’s Defense?
‘General Hospital’ Spoilers May 10-14: Dangerous Baby Switch Surprises