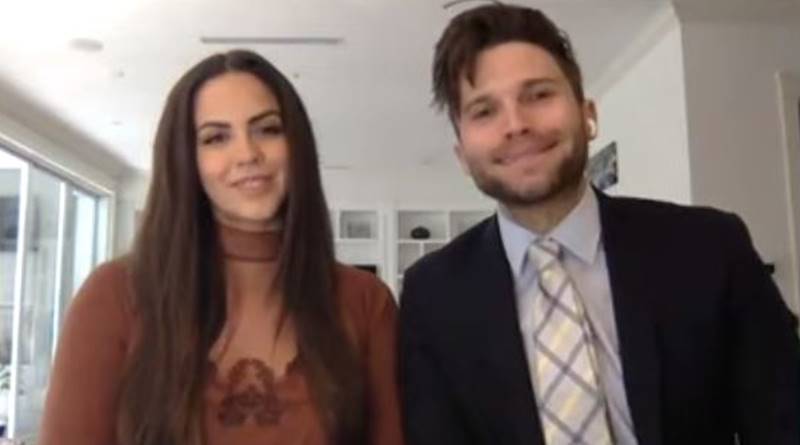 VPR star Tom Schwartz managed to grab the headlines on international media after he verbally abused his wife Katie Maloney on television. It came during the party at Tom Sandoval’s place where a prank saw Sandoval “arrested.” After the show aired, Schwartz went on Andy Cohen’s Watch What Happens Live and apologized. But fans remain unimpressed and didn’t receive the apology graciously.

In this week’s episode, fans saw Tom tear into Katie Maloney after the prank. Fake police officers arrested Tom Sandoval. Everyone thought it funny, but not Katie and Tom Sandoval’s girlfriend Ariana Madix. TV Shows Ace reported that fans felt disgusted after Schwartz tore into Katie Maloney after she complained about it in front of the other party-goers. He called her all sorts of horrid names and even mentioned he no longer sleeps with her because she’s got no sense of fun. Fans took to Twitter to tell him off.

Katie Maloney’s not beloved by all fans of Vanderpump Rules, but many fans felt compelled to speak out about Tom. In fact, they slammed Bravo and Lisa Vanderpump for this sort of toxic behavior by the men in the show. Bear in mind, James Kennedy’s sometimes verbally abusive, as well. Well, he later apologized during Andy Cohen’s Watch Watch Happened Live after the VPR episode aired. But, it seems a bit late as even The Daily Mail UK put up a story about it and fans still feel disgusted and seem slow to forgive him.

Tom and Katie have a history of ugly domestic scenes

People remind readers that it’s certainly not the first time that Tom did something demeaning to Katie Maloney. They cited the incident when he “threw water over Katie’s head during an early fight in the series.” They also mentioned the bust-up at their “joint bachelor/bachelorette party in New Orleans.” Nevertheless, Katie sticks with the relationship and some critics think they deserve each other. So, when Tom apologized, fans took it with a pinch of salt.

The Vanderpump Rules star admitted he behaved “Way out of line,” blaming alcohol for it all. “I was hammered. We’d been drinking all day,” he said. Then, he used that as the excuse, noting drinking’s “usually a recipe for disaster within the confines of our relationship.” Well, VPR fans become fed up with all the booze and drunken scenes on the show. Some of them responded to the apology on Twitter and they don’t sound very forgiving.

In reaction to the scene at Jax Taylor’s birthday party, VPR fans posted their thoughts about Tom’s apology. Here’s what some of them said:

Right. People get on James back for his drinking meanwhile Tom Schwartz gets a pass? He’s always drunk even on his wedding! He “bathed” at some brook in the woods. Also he was so drunk that he went to the wrong hotel in MEXICO! #pumprules #TomSchwartz

What do you think? Is an apology from Tom Schwartz for verbally abusing Katie Maloney enough? Would you prefer to see him address his drinking issues? Sound off your thoughts in the comments below.