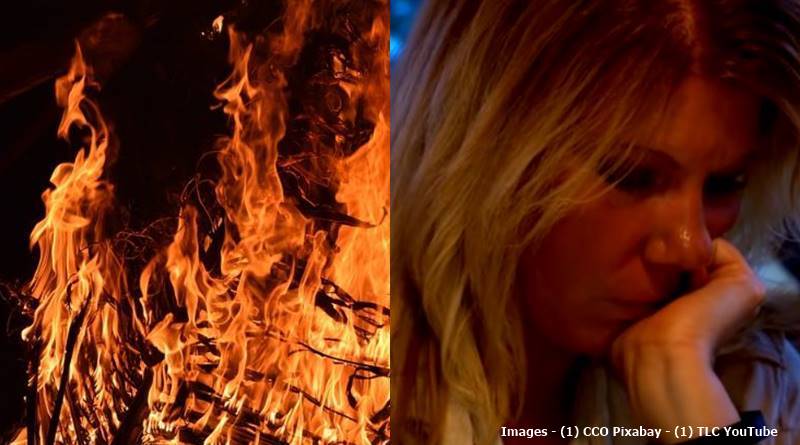 Sister Wives fans heard from Meri last year that she stressed as the fire approached Flagstaff. back then, she held a fast fire-sale of her LuLaRoe goods as she hoped to reduce stock on hand. She stressed a lot on Instagram. Now, fans saw the episode where the fire threatened her home and it turns out Meri was super-stressed. But, the other wives stepped in to help, as did Kody. Later, Meri mentioned Kody’s good with pitching up if he’s needed, but it seems that’s the only time she really sees him.

Sister Wives – Meri freaks out about the forest fire

In a post last year, Meri Brown told her fans the fire approached Flagstaff. She sounded a bit panicky, saying, “Don’t worry I’m already freaking out!” At the time, it seemed none of the other wives reacted to her posts on Instagram. So, fans didn’t know if they stepped up to help at all. But now, fans see on the current season that all the Browns who could, went along to help her evacuate her stuff. Maybe they couldn’t say much at the time as they are bound by NDAs.

While Meri said she felt stressed and panicky, it only became apparent just how much she was until the latest episode of Sister Wives aired. And, the threat was very real. Put that dangerous fire on top of them only just unpacking and moving, and now Meri went into a super-stress mode. Actually, it’s probably the most stressed fans of the show ever saw her. But luckily, Robyn, Janelle, and Christine stepped in. In particular, Robyn calmed her down and they started selecting things she wanted to take with her.

Kody stepped in to help, but he seemed unsympathetic to Meri

Fans noted that while Kody came in to help with a trailer and the kids to help load Meri up, he seemed unsympathetic. On Twitter, some fans slapped at him for his attitude. One wrote to Kody saying, “Really Kody, couldn’t bring yourself to hug Meri during her breakdown? Apparently, “You love, I judge” doesn’t apply to wives.” Another said, “OMG Kody! Can you not be supportive and not a complete toad when Meri is so stressed out. Have some empathy, dude.”

Meanwhile, in the Sister Wives episode, Meri said to the cameras that Kody’s good with responding when he’s needed. But as Katie Joy on Without A Crystal Ball pointed out, it told a whole story really. After all, it’s clear that Meri and Kody don’t have a relationship as man and wife. So, he’s just a sort of an on-call handyman to Meri. No wonder he seemed rather less than sympathetic during her time of crisis. But the episode featuring the fire made a change from the never-ending arguments fans saw about moving homes this season.

What do you think? Do you think Kody only sees Meri if he’s absolutely needed, as indicated by Katie Joy? Are they so far apart there’s no saving their once-upon-a-time love? Sound off your thoughts in the comments below.

Remember to check back with TV Shows Ace often for more news about Meri Brown and the rest of the cast from TLC’s Sister Wives.