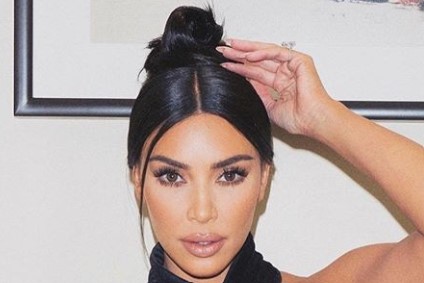 Kim Kardashian reality star on KUWTK said, “production on KUWTK was put on hold for a week after her fight with sister Kourtney.” This all comes from months of Kourtney Kardashian being indecisive about her filming schedule. Kourtney wasn’t sure she was going to continue putting herself on camera.

Kim Kardashian told Jimmy Fallon via video chat, “my mom saw a clip of the fight and she cried. She was like, Who are you guys? What is going on?” Kim Kardashian acknowledged, “fighting is not really what we do, on the show. I don’t like seeing my mom upset over what we have done.”

The whole fight starts when Kim Kardashian feeling frustrated regarding Kourtney’s work ethic or lack of as she sees it. This set Kourtney Kardashian off yelling at Kim and threatening to f—her up. Kourtney being indecisive can’t decide on whether she wants to continue KUWTK. She had already agreed to film for the recent season, but wasn’t going to make it easy on anyone.

Kim Kardashian said, “She would come to work with an attitude every day, and take it out on everyone.” Kim said, “Kourtney would give attitude towards them and the crew. “The sisters tried to push her to figure out why she was so unhappy and to find a happy medium. Kim says, “they are fine now.”

The Show Will Go On

Kim Kardashian said, “they shut down production for a week after the fight.” “I think everyone was really shook and was like, “This isn’t our type of show, we want everyone to be comfortable and safe.”

Apparently, Kourtney had scratched Kim so hard that she was bleeding. When Kim looked at her arm and saw she was bleeding that’s when Kim went over and slapped Kourtney back. “It’s not my proudest moment, but we were going through it.” Kim said.

Even though originally Kourtney Kardashian was going to continue filming the show, she has decided now to take a break. Kim said, “it will be so much better for Kourtney to take this time off.” According to People, Kourtney had stated before Season 18 premiered, “she finally found the courage to make important changes in her life.” She is choosing happiness and putting her time and energy into that. Fans hope that Kourtney decides to come back to KUWTK very soon. Watch the show Thursday’s on E!