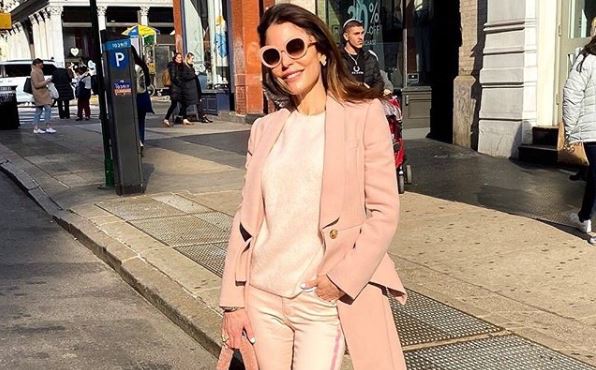 Bethenny Frankel formerly of RHONY has been busy trying to help in whatever way she can for those affected by the Coronavirus. New York has been hit really hard, and she wants hospitals to have what they need. Bethenny, of course, has a soft spot for New York, but she’s also focused on her charity work heavily since leaving the show.

Not only did she donate a million hazmat suits, but she also sent ‘coronakits’ from her BStrong disaster relief initiative. The kits included antibacterial wipes, hand sanitizer, gloves, and masks. She gave them to health care workers and people who were high risk. When she realized there were medical supplies needed that hospitals were short on, she switched her focus.

Bethenny Frankel Is On Top Of Things

Bethenny Frankel appeared to see that masks were going to be in short supply from the beginning. She moved into getting donations for masks. Frankel said, “this is a moving target at all times. I realized very early-earlier than, I think, anyone- about the mask problem.” She said she worked with state government and hospitals.

Frankel said the health-care workers are dealing with a huge problem. They are, “basically firefighters fighting with out equipment,” according to The Cheat Sheet. It’s scary to think of health-care workers not having what they need to protect themselves. Governors have said there is a bidding war with other states making it hard to get what they need when they need it. New York is weathering a huge storm as one of the hardest-hit areas.

Other Celebrities Are Also Helping

There are others helping the cause with Bethenny Frankel. Ellen DeGeneres posted, “my friend Bethenny is doing amazing work, securing masks and other supplies.” She went on to say her show and Shutterfly were donating to Frankel’s foundation.

Bethenny is very proactive and posted she had the right people involved. She said, “People that we’re working with now, with the government and governor’s offices, have agreed to work with us. We can move faster than the state government. They understand there’s red tape and you can’t just sign an invoice and send it without going through 25 people.” Government officials have said, this will get worse before it gets better. The whole world is fighting a battle and with people like Bethenny, hopefully, it’s one that will be won.

Don’t miss The Real Housewives of New York when it returns to Bravo with new episodes.